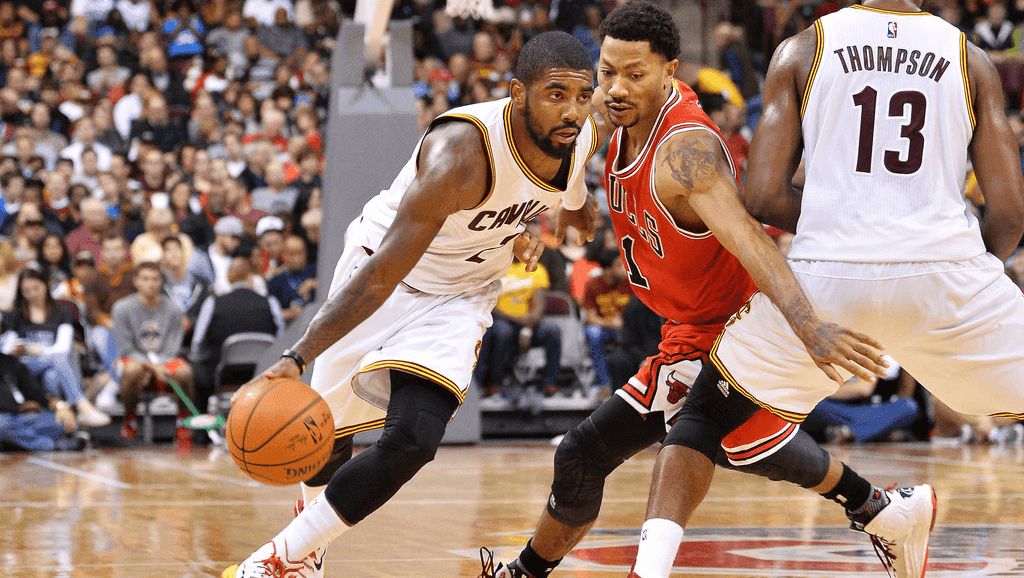 The Cleveland Cavaliers are set to open up the 2017-18 regular season with a primetime matchup against the Boston Celtics, which has foreseeably brought up numerous questions concerning All-Star guard Kyrie Irving.

One of which, offseason addition Derrick Rose addressed on Monday morning where he voiced that there are some comparisons in their respective games but one notable difference, according to Nikki Goel of ClutchPoints.

Derrick Rose says playing Kyrie Irving will be fun and competitive; thinks their games are similar but Kyrie relies on his jumpshot.

Through his first six years in the NBA, Irving has developed an all-around offensive approach to the game where has shown to be an effective player from the three levels going to the rim, mid-range, and beyond the arc. In fact, this has helped ascend him to being recognized as one of the premier backcourt players in the league.

Meanwhile, Rose’s game is more predicated on his ability to drive to the basket and create his offense primary through that aspect of his game. This had led to him becoming an All-Star level talent that has an MVP award to his name as he enters his ninth NBA season.

There are some similarities in each player’s offensive approach to the game, but that is something that Rose has chosen to avoid to become consumed with in any manner.

D-Rose on comparisons to Kyrie: “I don’t listen to any of that… I’m here to be the best Derrick Rose I can be.”

Beyond all of that, these are simply two entirely different players that have niched out ways of being high-impact offensive threats on the court in their respective careers.