Derrick Rose refutes talk about him being close to retiring 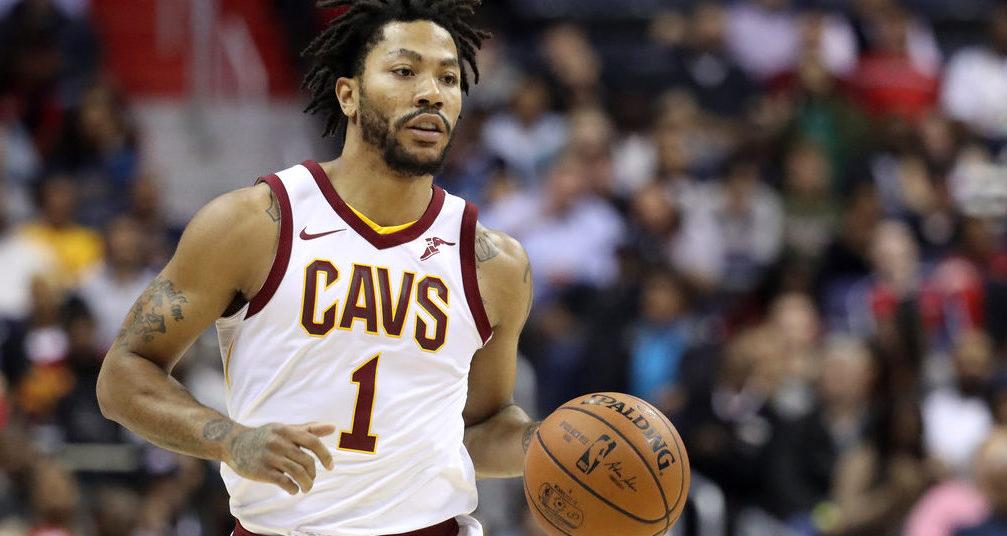 As most hoops fans know, Cleveland Cavaliers point guard Derrick Rose took an excused leave of absence on November 22 to contemplate his future in the NBA. There were some experts and analysts who thought the former MVP might have been thinking of retiring during that time, but it sounds like that wasn’t the case.

Rose returned to the Cavs on November 4 to continue rehabbing his injured ankle. The former No. 1 overall pick in the 2008 Draft recently sat down for an interview with Marc Spears of The Undefeated to discuss the rumors of his retirement.

“Did you come close to retiring?,” Spears asked Rose during their interview.

“No. No. That’s stupid,” Rose said with confidence. “I don’t want to even talk about that. But I’m just happy that LeBron (James) understood.

“Do you see a light at the end of the tunnel?,” Spears asked, referring to Rose’s rehabilitation.

“I think so,” Rose replied. “Like I said, it’s all about me taking my time. I can’t think about a due date or is this going to be the day. It’s about me making the most of my days, getting treatment and staying atop everything so I can return as soon as possible.”

“What keeps you from walking away?,” Spears inquired near the end of the discussion.

“I’m in love with the game,” Rose said. “The love of the game. I still am a winner. I still love learning the game. Where else can you learn more than from Golden State or [Cleveland]? LeBron has been to the Finals eight times and seven straight years. I played against him a lot of times. I’ve learned so much from him and the whole team. It’s just a fun experience being around this team.”

When Rose, now 28 years of age, might be able to resume play in an actual game setting remains to be seen. Cavs head coach Tyronn Lue has not set a timetable. However, it’s safe to say that D-Rose is itching for action.