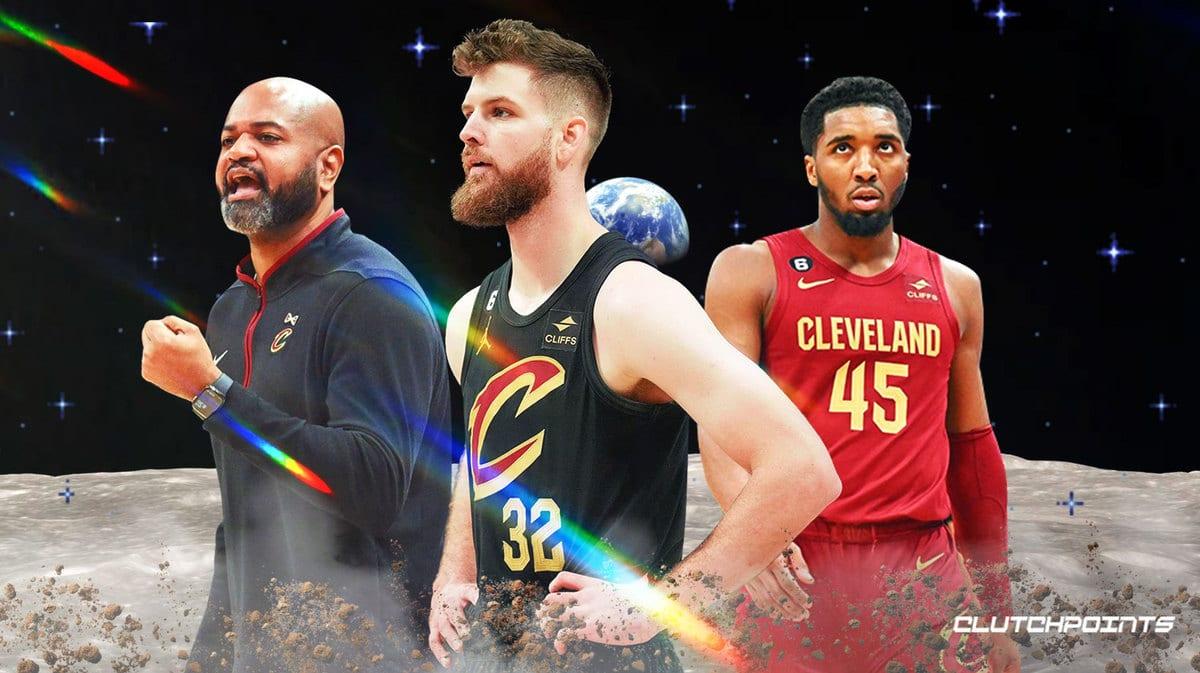 Cleveland Cavaliers forward Dean Wade took a step forward in his rehab from injury when he took to the Cavs practice court to start one-handed shooting work, according to a Wednesday tweet from the Athletic Cavs beat writer Kelsey Russo.

Wade is still rehabbing from a shoulder injury he suffered in an early-December game against the Orlando Magic. He grabbed one steal and attempted one 3-pointer in 10 minutes.

“He’s been dealing with that for quite some time,” Cavs head coach J.B. Bickerstaff said in a postgame press conference. “He’s just been playing through it.

“He got hit again on it. It was just too much.”

Dean Wade was expected to rehab for 3-4 weeks with his shoulder injury since the initial announcement on Dec. 4. He was inactive for nine straight games. He missed six in mid November during the middle of the Cavs five-game losing streak.

Wade earned minutes in 17 games for the Cavaliers this season, earning nine starts as the Cavaliers rotated through a wide variety of forwards to pair alongside their four near-guaranteed starters in guard Donovan Mitchell, guard Darius Garland, forward Evan Mobley and center Jarrett Allen. Forward Isaac Okoro took the last two starts for the Cavs in wins against the Dallas Mavericks and the Utah Jazz, combining for 24 points, eight rebounds and four assists in 56 minutes played over the two home victories.

The Cavs may continue to start Okoro when they face the Milwaukee Bucks at 7 p.m. EST on Wednesday in Rocket Mortgage Fieldhouse. Wade last took the start against the Bucks in late November, scoring seven points off of two catch-and-shoot 3-point attempts and one made free throw while grabbing 12 rebounds.

Guard Caris LeVert took the other start in Cleveland’s first game against Milwaukee. He scored two points and shot 20% from the field on his way to being benched for the first time this season.