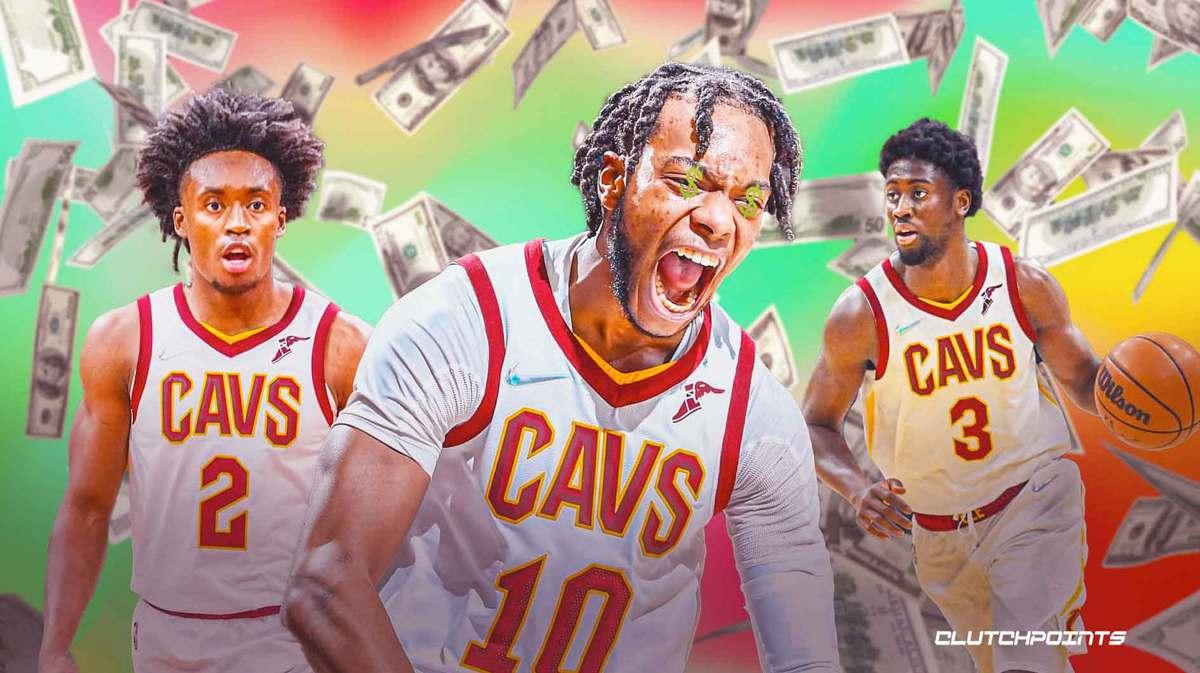 In spite of their recent slump, there’s no denying that the Cleveland Cavaliers are in the midst of one of their best seasons in a very long time. It’s also a fact that the Cavs would not be where they are today had it not been for the excellent play of All-Star point guard Darius Garland. It now sounds like the 22-year-old is about to get rewarded with a lot of money for his outstanding showing this season.

Garland will be entering the final year of his current deal next season and according to reports, the 6-foot-1 combo guard could be in line for a max-money extension this summer. This makes a lot of sense for the Cavs who will no doubt want to lock up their prized possession for as long as they can.

While this eventuality should be a good thing for the Cavs in general, Garland’s rumored max extension could actually spell trouble for the likes of Collin Sexton and Caris LeVert. Evan Dammarell of Right Down Euclid explains why this is the case:

Both Caris LeVert and Collin Sexton are extension eligible this summer. They also have $20 million committed to Jarrett Allen and $28.9 million committed to Kevin Love. Now, I’m not one to worry about the financial responsibilities of billionaires but, trying to extend both LeVert and Sexton this summer would seriously strap the Cavaliers financially. Like LeVert and Sexton, Darius Garland is extension eligible this summer as well. Thankfully, that money won’t kick in until the following season. But, with league sources saying Garland is going to be signed to a max contract, it muddles the likelihood that both LeVert and Sexton are both signed to serious money.

As the above report states, Garland’s new deal will commence by the 2023-24 season. Next year, he will earn “just” $8.9 million which technically speaking, isn’t going to cause a massive hit on the Cavs’ payroll. It’s going to be a whole different conversation the following season, though.

For what it’s worth, LeVert has two more years to run on his current deal where he is set to earn $36.3 million over the next two seasons. The Cavs could actually wait until next year before they offer an extension for LeVert. It will be a gamble, though, which will rely heavily on LeVert’s level of play next season. If he plays exceptionally well, then he’s going to be asking for more money, which the Cavs might not be able to afford. This might force their hand into trading LeVert and his expiring deal, or run the risk of the 27-year-old wing walking away as a free agent in the summer of 2023.

Sexton, on the other hand, has a much different situation. His current deal will expire at the end of this season and he is going to hit free agency in the offseason unless the Cavs opt to extend his contract. The former lottery pick is set to pocket $6.3 million this season and he too will likely be demanding a significant bump in his pay. The Cavs are going to need to make a tough decision on Sexton, with the emergence of Darius Garland and Sexton’s major knee injury in mind. Do they still want to pay him serious money or are they just going to let him walk away?