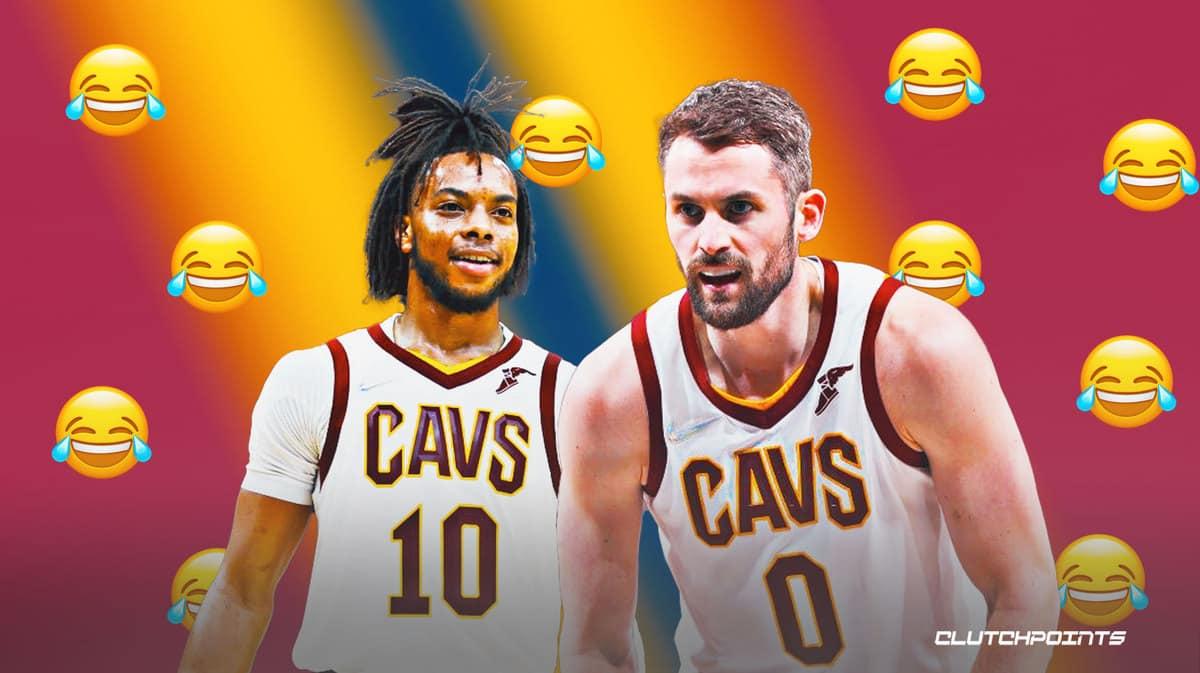 The Cleveland Cavs are coming off of a big win over the defending-champion Milwaukee Bucks their last time out. The Cavs are a young, confident and loose group right now, as they’re playing better basketball than anyone expected. If there were any doubts about the team chemistry, look no further than this interaction between Cavs guard Darius Garland and his teammate, Kevin Love. Garland hilariously roasted Love for his defense.

#Cavs guard Darius Garland jokes that he wishes Kevin Love could get blocks like Jarrett Allen and Evan Mobley but Love doesn't, "Have that kind of athleticism anymore."

Cavs guard Darius Garland didn’t hold back with this hilarious roast of Kevin Love’s defense. Garland joked around with Love, saying that it would be nice if he blocked shots like youngsters Jarrett Allen and Evan Mobley, but that the veteran forward doesn’t “have that kind of athleticism anymore.”

It’s not the first time that Love and Garland have engaged in a little good-natured trolling. Earlier in January, Love trolled Garland when he notched the first triple-double of his career.

Those are the kinds of interactions that Cavs fans probably love to see. Not only are these guys having success out on the court, but they’re having a good time off of the court too.

The Cavs have a bright present, and future, with players like Darius Garland and Kevin Love leading the way.