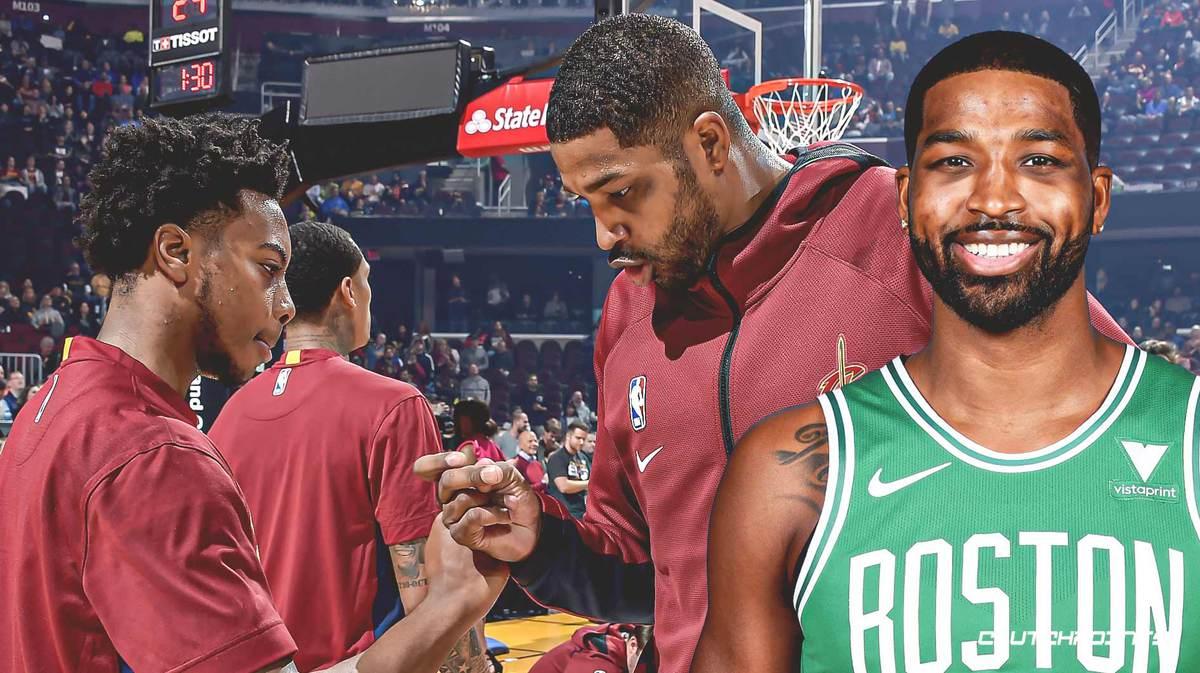 Tristan Thompson of the Boston Celtics knows that second-year guard Darius Garland is one of the more exciting pieces for the upstart Cleveland Cavaliers team. The Vanderbilt product has battled injuries early on in this NBA season, but the buzz around him with the Cavs is undeniable.

Garland gets support from an ex-teammate and his “big brother,” even though the former Cavs frontcourt force is playing elsewhere in 2021.

With the Cavs and Celtics set to play on Sunday, it will be the first game for Thompson against his former team- one he spent all nine pro seasons with before going East.

Thompson used to sit in the locker next to Garland and was a huge mentor not just for him, but for the other Cavs young guys as well.

Tristan Thompson physically moving Darius Garland into place and then pointing Collin Sexton into place on the inbound. pic.twitter.com/L6jL1Sz8M8

Thompson was the most vocal member of Cleveland throughout his career, and he repeatedly would scream at the new generation of Cavs to get them to hustle back on defense.

In fact, Garland said that when the Cavs took him, Thompson called him on draft night.

“As soon as I got off the stage, he FaceTime’d me,” Garland said. “He told me congratulations and said how happy he was to have me in Cleveland,” per Chris Fedor of Cleveland.com. Thompson was always one of the most beloved Cavs players, and despite leaving the team in the offseason, he continues to mentor and provide encouragement for Garland and others.

Cleveland is holding its own in the early stages of this NBA season. The Cavs aren’t an Eastern Conference contender, but they aren’t buried at the bottom of the standings, either, which represents considerable improvement for a franchise whose future looks increasingly brighter with each game this young team plays.