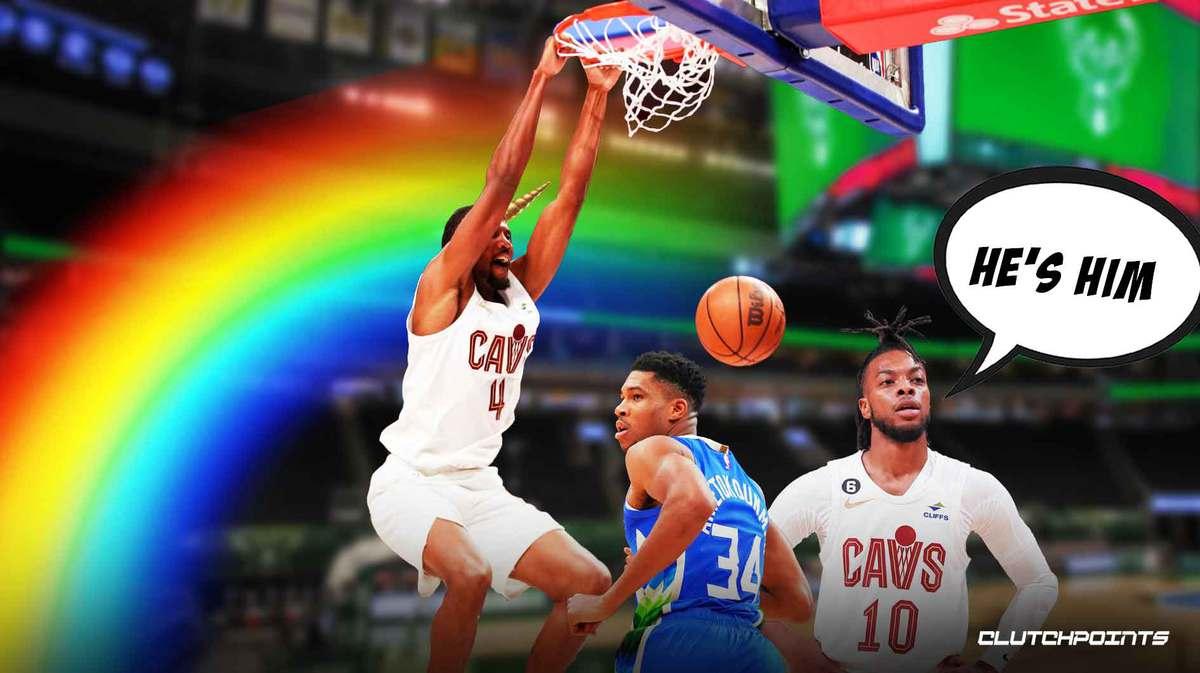 It was a game even Cleveland Cavaliers head coach J.B. Bickerstaff thought was a little too close for comfort.

“Plenty,” Bickerstaff said when asked how much tea he would be drinking that night. “Amongst other things.”

Even with the team’s late-game struggles in a 10-point win over the Charlotte Hornets, Cavs guard Darius Garland said he saw something in forward Evan Mobley that not only defined his ability to grab a career-high 18 rebounds, but almost literally snatch away Hornets guard Terry Rozier’s chances at making a tough layup late in the third quarter: Anger.

“(Evan Mobley) was kind of angry tonight,” Darius Garland said in a postgame press conference. “I loved it.

“We always tell Evan ‘you’re the man.’ ‘You’re him.’ So I want him to start acting it. Keep that same fire and energy, because that’s what we need from him. We had a huge game from him: He helped us offensively and defensively, came up with some big rebounds, made a stop on (Terry Rozier). You need a 7-footer out there guarding a guard like that. He’s special. We really need him.”

Evan Mobley scored 21 points on a 64% field goal percentage in what he described as his “best game of the year” in the Rocket Mortgage Fieldhouse locker room. Garland, who poured on 41 points of his own for the Cavs, couldn’t help but agree.

“He does a lot of things that a lot of people don’t do in this league. He can do whatever he wants on this team, literally. I tell him ‘You can do whatever, it’s your team.’ He knows that too. He’s just building every day, and he’s going to get there.”

The Cavaliers will tip off without forward Kevin Love against the Miami Heat at 7 p.m. EST this Sunday in Rocket Mortgage Fieldhouse. The game will be broadcasted on Bally Sports Ohio.