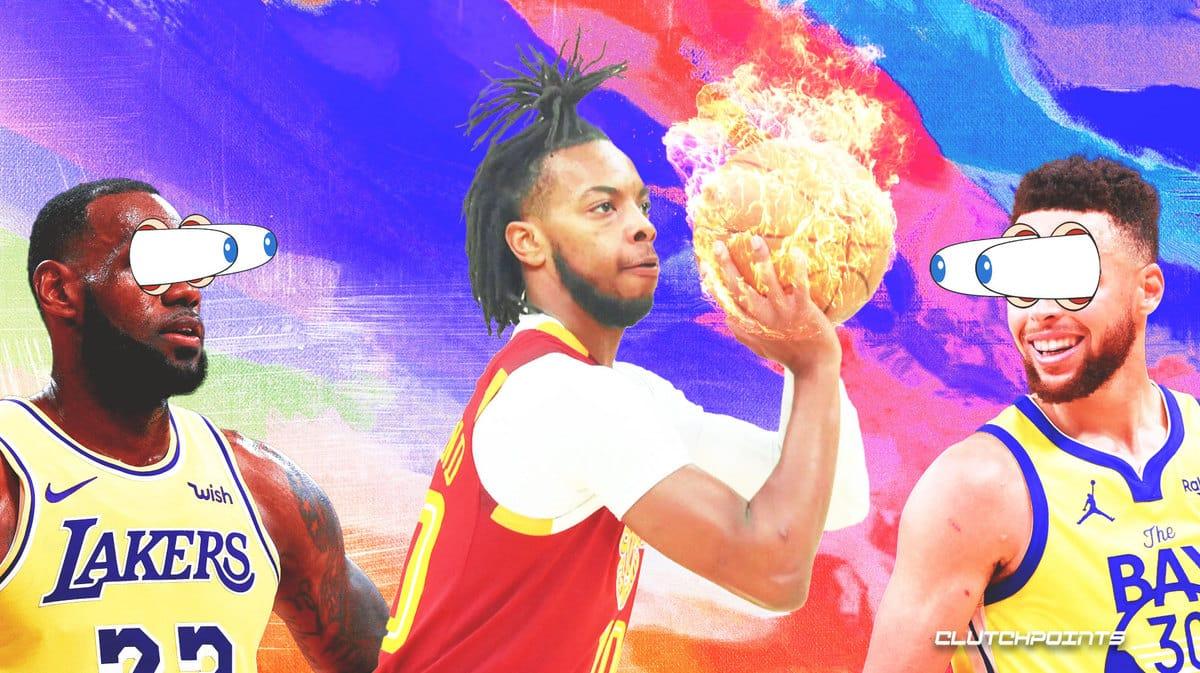 Cleveland Cavaliers star Darius Garland has elevated his game to a whole nother level this season. So much so, that there has been talk of a potential All-Star appearance for the 21-year-old Cavs guard.

As it turns out, it isn’t only the fans and the media that have taken notice of Garland’s strong play this season. According to the former fifth overall pick himself, the likes of Stephen Curry of the Golden State Warriors and LeBron James of the Los Angeles Lakers have reached out to him multiple times this season to commend him for the outstanding year he’s having (h/t Evan Dammarell of SB Nation):

#Cavs point guard Darius Garland said that superstar Steph Curry reached out to him a few times this season complimenting him on his year this season. Ditto for LeBron James and Damian Lillard.

Even Portland Blazers superstar Damian Lillard has gone out of his way to compliment Garland. It wouldn’t be surprising if this list of superstars from around the league only keeps on growing as the season progresses for Garland and the Cavs.

Right now, Darius Garland is putting up career-best numbers of 19.8 points (on 46.9 percent shooting), 3.4 rebounds, 8.0 assists, 1.3 steals, while also connecting on 2.5 triples per game. Those are some pretty lofty numbers which for some (or should it be for most?), should warrant a spot in the All-Star squad. Even Garland himself is adamant that he deserves to be in the All-Star Game, particularly since this year’s festivities will be held in his home city of Cleveland.