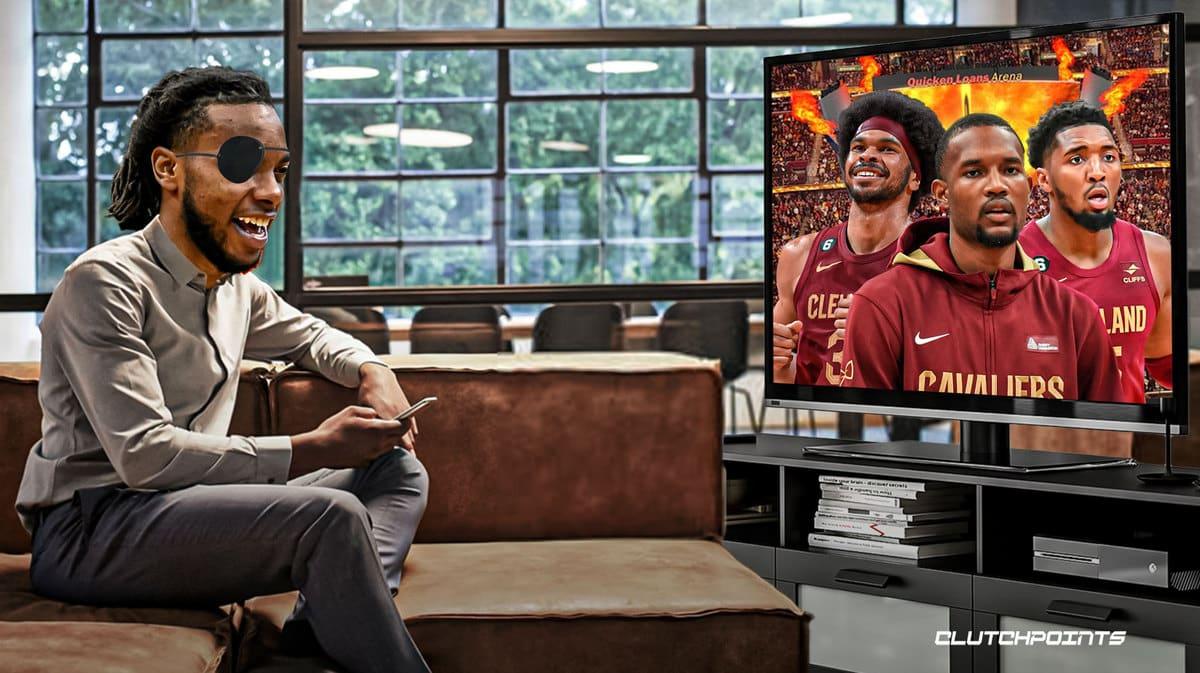 CLEVELAND – Cleveland Cavaliers All-Star guard Darius Garland seemed to feel relieved after learning the recovery process for a left eye laceration he received in the Cavs’ season opener would not take months, but just a few short weeks, in a Wednesday evening press conference.

Still, his lightened recovery process did not come without its fair share of difficulties.

Garland said one of the most difficult part of his recovery process was the adjustments he had to make after not being able to see to his right when dribbling, per Evan Dammarell. Garland said he felt blood coming out of his eye after receiving an accidental blow from Raptors guard Gary Trent Jr., expecting to receive surgery and not see playing time for several months.

More than anything, Darius Garland said he wanted to “feel the energy” of a winning streak over some of the Eastern Conference’s toughest competitors. The aggravation of having to watch his Cavs teammates work full practices and earn five straight wins over conference rivals from the sidelines, he said, fueled further frustration for a 22-year-old guard primed to be the Cavs’ primary floor general entering the 2022-23 season.

“I just tried to stay hot.” Garland said. “My teammates were winning and doing well, and I was happy about that, but I wanted to be on the floor with them. I wanted to feel that energy with them.”

Garland’s 29 points and 12 assists in an overtime win against the Boston Celtics paved the way to earning that night’s “Junkyard Dog” chain, an award given by Cavs head coach J.B. Bickerstaff to the player who “most fully personifies the ‘scrap mentality and intensity’ the Cavs are aiming for,” according to FanSided.

“He just said ‘welcome back’ and gave me the chain,” Darius Garland said. “Though it meant a lot to me to earn (the chain), it’s not even about me or the chain. I’m proud of the way we fought throughout the entire game.”