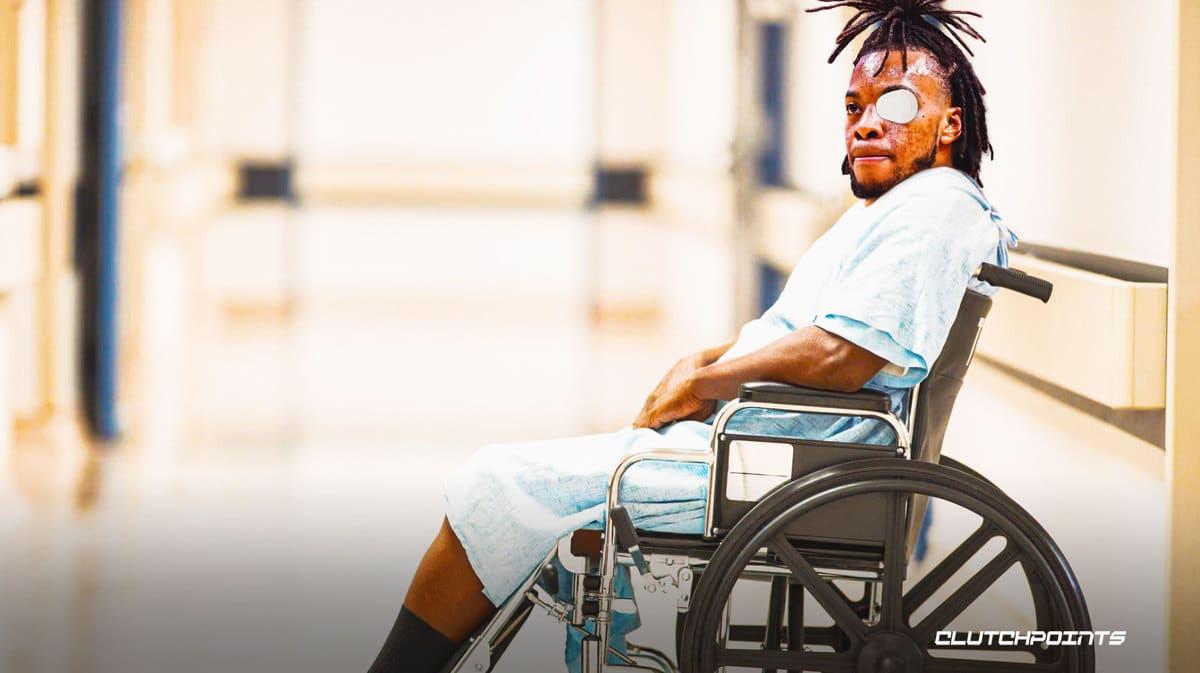 Darius Garland managed just 13 minutes of action in the Cleveland Cavaliers’ season-opening loss to the Toronto Raptors on Thursday. The Cavs point guard was forced to exit the game early due to an eye injury that now appears to be a problematic issue for both Garland and his team.

Cavs insider Chris Fedor of cleveland.com has reported that Garland was unable to travel with the squad for their Saturday night matchup against the Chicago Bulls, and that at this point, the All-Star guard is also in danger of missing Sunday’s bout versus the Washington Wizards:

#Cavs Darius Garland didn’t come here to Chicago. He is not with the team. The Cavs practiced today at UIC and have been preparing as if he wouldn’t be available. The current feeling is Sunday’s home opener is improbable as well. But nothing official has been decided on Sunday.

This actually does not come as a complete shock considering how bad the injury looked when it happened. Raptors combo guard Gary Trent Jr. caught Garland in the eye as the former attempted to steal the ball away. Garland immediately hit the deck and he was clearly in a lot of pain as he was helped back to the locker room:

After the game, Cavs head coach JB Bickerstaff revealed that Garland sustained a laceration on his left eyelid and that it was “bleeding pretty bad.”

Cleveland has yet to provide a definitive timeline on Garland’s injury, but at this point, it wouldn’t be surprising if he ends up sitting out more than two games.