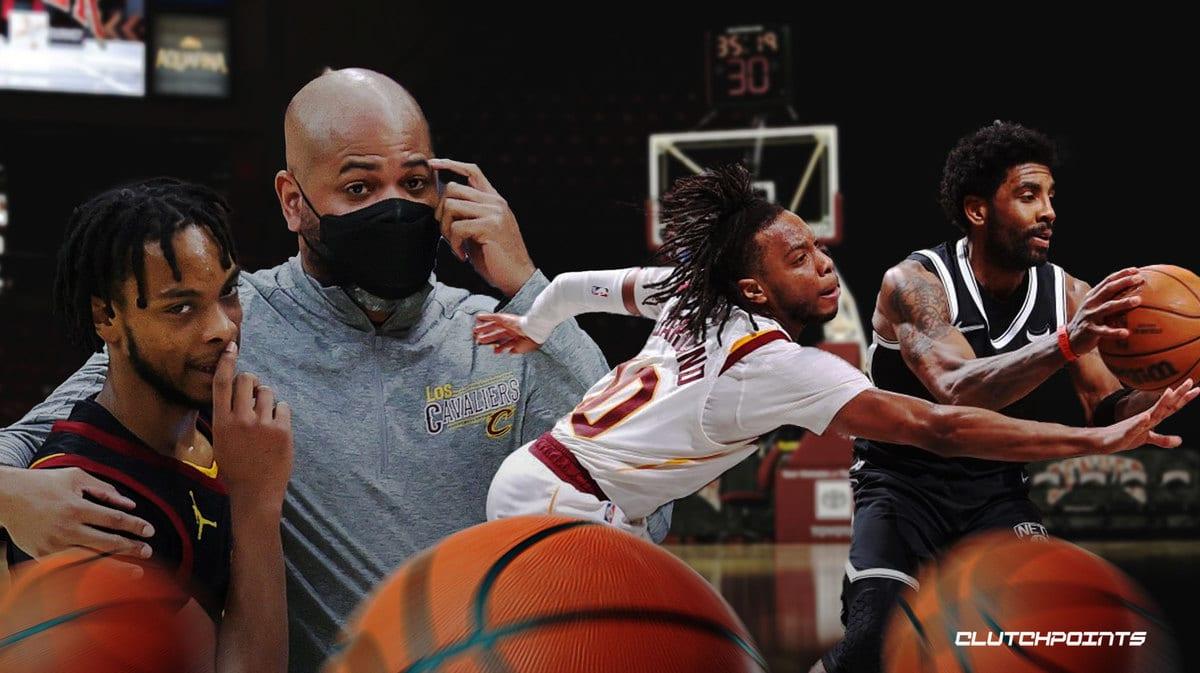 Darius Garland is at the center of the Cleveland Cavaliers’ remarkable franchise turnaround. Drafted fifth overall in 2019, Garland emerged as an All-Star guard only three years into his career. And his All-Star level of play was in full display once more during the Cavs’ Monday night game against the streaking Brooklyn Nets. The Cavs may have lost, but Garland did everything he could to power them to victory.

And JB Bickerstaff is all too pleased with what he’s seeing from the 22-year old guard, especially after he went up against a former Cavs great in Kyrie Irving.

After Darius Garland dropped 46 points and eight dimes in the Cavs’ 125-117 loss, Bickerstaff had nothing but high praise for his starting point guard.

“He can do the dance with anybody,” Bickerstaff said, per Hayden Grove of Cleveland.com.

Still, Darius Garland, JB Bickerstaff, and the rest of the Cavs know that a loss is not the result that they desire. They will be concerned with their defense that allowed the Nets offense, led by none other than Kevin Durant and Kyrie Irving, to feast to the tune of 57.3 percent shooting from the field and 60 percent shooting from deep. In addition, this is the second straight game that Donovan Mitchell has struggled from the field.

This is also the second time that the Cavs have lost despite an explosion from Garland. Back on November 12, Garland scored a career-high 51 points in a 129-124 loss to the Minnesota Timberwolves, although they were without Mitchell for that matchup.

The Cavs will definitely be happy for Garland after his scoring outburst, but they will also have to face the sobering reminder that basketball is a team game and everyone will have to pitch in to earn the much-needed victory.