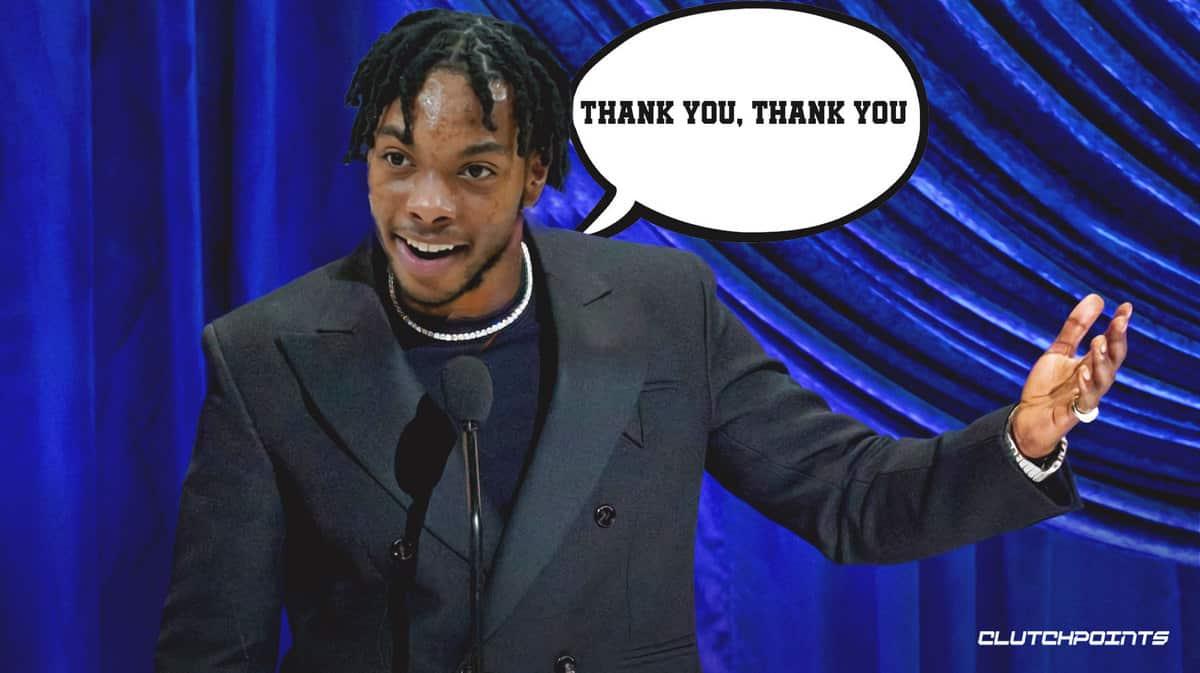 Cleveland Cavs guard Darius Garland has been on fire as of late, as he recently capped off a monster week with an epic record, joining LeBron James in Cavs’ history. Garland was rewarded for his amazing efforts, as the NBA made an announcement of a special honor, one that the Cavs guard took home.

NBA Players of the Week for Week 13.

Per the NBA’s Twitter account, Cavs guard Darius Garland was named the Eastern Conference Player of the Week. Garland averaged a double-double, with 20.5 points, 12.8 assists and six boards per contest as Cleveland won all four games they played.

Garland was very deserving of the award, especially considering some of the performances he put up, such as a 27-point, 18-assist gem of a game against the Oklahoma City Thunder on Saturday. And considering plays like this one.

The Cavs guard has taken a step forward in nearly every statistical category, most notably in points, assists and three-pointers made, as he has emerged as a centerpiece of Cleveland’s quick rebuild.

Garland’s recent play has many clamoring for the third-year pro to be in the NBA All-Star game, an honor that the Cavs budding star has yet to receive as an NBA pro.

Judging by Darius Garland’s rapid ascension for the Cavs, NBA Player of the Week awards are just the beginning of his list of accolades.