Exum will make his Cavs debut on Friday against the Boston Celtics:

Cavs coach John Beilein says newly acquired Dante Exum will step into Jordan Clarkson’s role in the rotation in Cleveland’s second unit. Says he won’t play 30 minutes today, but could play anywhere from 10 to 25, depending on how the game is going.

Exum never lived up to the hype of being the fifth overall pick in the 2014 draft with the Utah Jazz. He has career averages of just 5.7 points, 1.7 rebounds and 2.2 assists per game. Exum missed the entire 2015-16 season due to a knee injury.

We’ll see what the future holds for Exum in Cleveland. The Cavs already have guards Collin Sexton and Darius Garland on the roster.

The Cavs are 9-21 on the season. They won’t make the playoffs this season. Some around the league believe the Cavs will look to trade All-Star big man Kevin Love before the February trade deadline passes. In the second-post LeBron James era, the Cavs are looking to build their roster around Sexton, Garland, Cedi Osman, Kevin Porter Jr. and Larry Nance Jr. 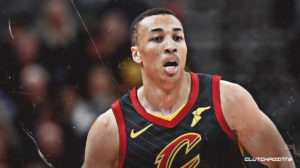 JUST IN: What Dante Exum brings to the Cavs
Related TopicsCavsdante exumJordan Clarkson