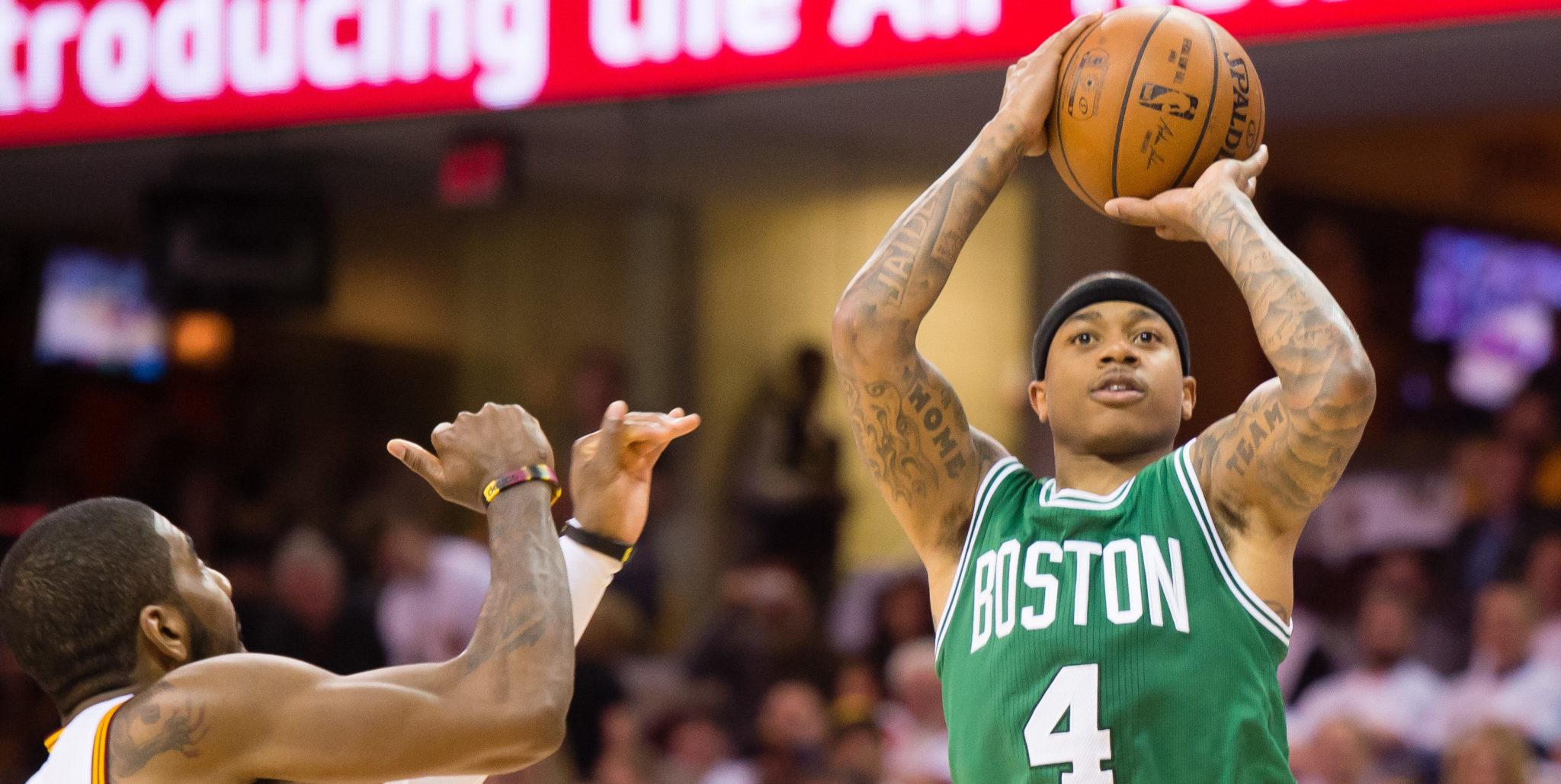 The Cleveland Cavaliers finally pulled the trigger on a trade to send Kyrie Irving to the Boston Celtics in exchange for a package headlined by Isaiah Thomas.

However, it was a deal that was much harder to complete for Celtics general manager Danny Ainge given what Thomas had accomplished in his short time with the organization, according to Kevin O’Connor of The Ringer.

“I’ll leave it to your own imaginations to realize how difficult that conversation might have been—for me and Isaiah,” Ainge said after the trade. “Isaiah had just an amazing season this year and entertained us all—the whole city of Boston, and everybody fell in love with him. You know, he’s such an underdog because of his size and his heart and his spirit in which he plays. It was very challenging to make this decision.”

Thomas was a huge part of that behind his stellar play as he averaged career highs with 28.9 points on 46.3 percent shooting from the field along with 5.9 assists that helped him earn his second All-Star team selection and first All-NBA Second Team nod.

He had ingrained himself with the franchise and fan base as one of the primary pieces of the puzzle that brought the team back to prominence. The decision to trade him came about only due to the chance to acquire Irving, who is younger and has the potential to become the face of the franchise for many years down the line.
RECOMMENDED

Meanwhile, Thomas has an opportunity to latch onto the Cavaliers alongside LeBron James that could see him reach the NBA Finals for the first time in his career. The trade has a chance of working out both ways with each team benefitting greatly from the move.
Tags: Boston Celtics, Cleveland Cavaliers, Isaiah Thomas