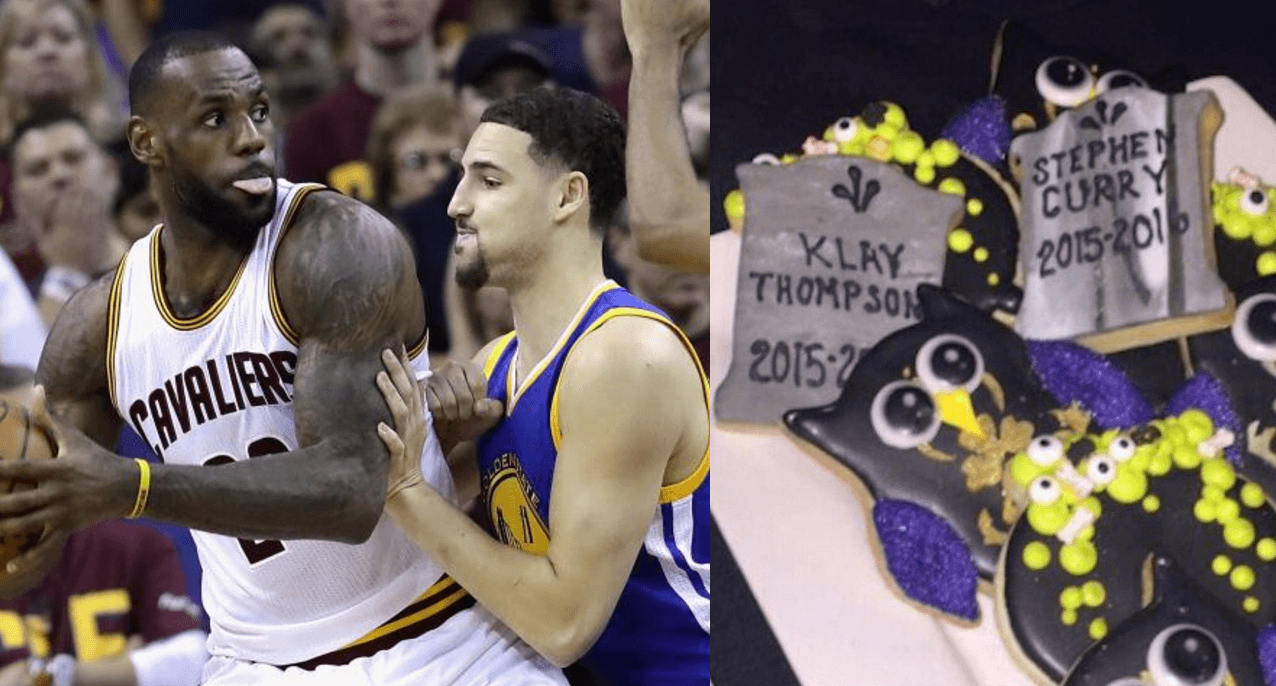 Remember those tombstone cookies that LeBron James served up at his house during his 2016 Halloween party? It was just a couple of months after the Finals, where the Cavs defeated the Warriors in an epic come-from-behind fashion (down 3-1, lest anyone forget). Many viewed the cookies as a direct shot from the King. However, after all of this time, Dahntay Jones, a member of Cleveland’s championship-winning squad, has revealed the truth.

Jones, now 36 years of age, recently sat down for an interview on The Russillo Show. Amid the discussion, the former first-round pick in the 2003 Draft (20th by the Boston Celtics) noted that it wasn’t James’ idea to serve the tombstone cookies at all. Jones says the catering company actually came up with the clever idea.

“I was at the Halloween party. Usually, (LeBron’s) trolls are funny, but that was not from him, that was from the catering company. That’s why he doesn’t speak of it because the catering company put that together. If you think that LeBron James throws a party and does everything from the cookies to the decorations, then you’re kind of insane, that he has a season to prepare for and he’s party planning as well,” Jones said. “But that was the company that they hired. It just happened to be funny at that point in time.”

Jones is no stranger to the Cavs. In fact, he’s played a role — albeit a small one — in each of Cleveland’s last two seasons. Most hoops fans will remember his short stint with the Cavs during the 2016 NBA Finals, where he averaged 1.3 points per game. However, Jones’ main contribution to the team came on the defensive end of the floor, as well as in the locker room. He’s always in shape, and the guys love having him around.