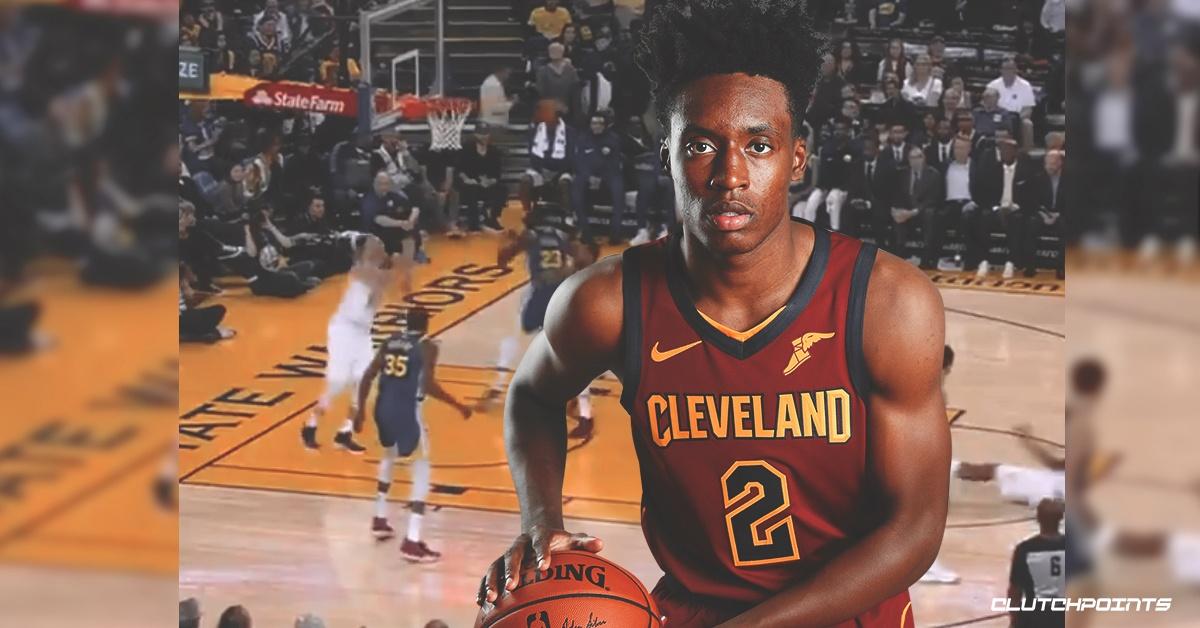 The Cavs put on quite an effort on Friday night against the defending champs, the Golden State Warriors. Despite their valiant performance, though, their evening ultimately resulted in a 120-114 loss against Stephen Curry and company.

Nevertheless, Cavs point guard Collin Sexton came away with one of the plays of the game after he found teammate Larry Nance with an off-balanced lob pass, which provided the latter with a wide-open lay-up.

Collin Sexton with the lob to Larry Nance Jr. while falling backwards

We’re not completely sure how much of this was Sexton showing off his superior passing skills versus just pure luck and timing. Regardless, it still resulted in one of the most entertaining plays of the night.

Both guys had it going on against the Warriors, with Sexton once again leading the charge for the Cavs. The 20-year-old rookie accounted for a team-high 27 points (on 10-of-21 shooting), three three-pointers, one rebound, four assists, and a couple of steals. Nance, on the other hand, dropped a 13-point, 14-rebound, along with a three-pointer, three assists, three steals, and a block.

The Cavs, however, had no answer to Curry who was absolutely feeling it on Friday night. The former back-to-back MVP winner knocked down nine three-pointers en route to a game-high 40 points.

The victory allowed the Warriors to cement their position at the top spot in the Western Conference. With just three games remaining and a two-game advantage against the second-seeded Denver Nuggets, another first-place finish appears to be in the books for Golden State.