Collin Sexton may not be the Summer League MVP (an award that ultimately went to the Los Angeles Lakers’ Josh Hart) but the teenager has been turning quite a number of heads and setting social media on fire with not only his gutsy play but also his on-court antics.

The most notable of it being his odd defensive stance against Hart during the pivotal moments of the Cleveland Cavaliers’ semi-finals matchup against the then-defending Summer League champs. With Hart milking the clock for a potential last-second shot, Sexton hunched down on a squatting position, extended his arms forward with clenched fists, and slowly approached the Lakers guard while chanting unintelligibly.

It certainly looked like the Alabama product was channeling his inner Māori warrior and implementing a haka to his defense or perhaps even a sumo wrestler, but it was more popularly referred to as a “Super Saiyan” pose, and the reference quickly took off.

Memphis Grizzlies rookie Jaren Jackson Jr. saw the sequence and couldn’t help but make a shout-out to his fellow greenhorn.

In seven games with the Cavaliers, Sexton averaged 19.6 points (43 percent from the field), 3.6 rebounds and 3.4 assists in 28.7 minutes, earning him a spot on the All-NBA Summer League first team.

With LeBron James packing his bags for Hollywood and the East now wide open, the Cavaliers may have a shot at making the playoffs this year. And with the lone playmaker being the disappointing George Hill, Sexton is expected to start right away at the point guard position.

As for how Sexton would fare once the real season starts… well, find out on the next Dragon Ball Z. 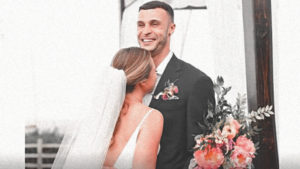