Point god Chris Paul has been giving Cleveland Cavaliers rookie Collin Sexton some advice. The Cavs’ eighth overall pick in the recently concluded draft noted that he and the Houston Rockets guard go a long way back.

In 2016, Paul coached an AAU team that had Sexton and several other prospects. The U-17 team even won the championship in Vegas during that year.

“We had a relationship before, but Chris Paul is somebody that I can go talk to about different things, especially when I played on his team…,” Sexton told Tomer Azarly of ClutchPoints.

“He’s been helping me a lot through all of this, through the draft process, everything. He’s been a big bonus.”

Paul is known for embracing a mentor role to some NBA players. Perhaps the most popular mentee he has is Stephen Curry of the Golden State Warriors. During the Western Conference Finals, Curry was asked to share what their relationship was like.

“He was a great mentor when it came to understanding how a guy on his level prepared over the summer for an NBA season,” Curry told Chris Haynes of ESPN. “How disciplined he was, his work ethic, and I got to see that firsthand after summer league through the beginning of the season. And obviously, we got a Carolina connection.”

Sexton is coming off his best game so far in the Summer League after exploding for 25 points while handing out seven helpers in a Cavalier win. 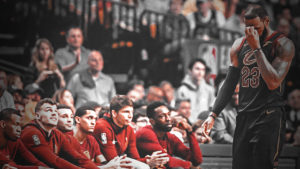