Cavs rookie Collin Sexton has a tough assignment ahead of him, as he’ll be facing a former NBA MVP in Russell Westbrook on Wednesday night. Some rookies might find this to be a daunting task, but the Young Bull is ready to match Westbrook’s intensity.

“He doesn’t take any plays off. He plays hard,” Sexton told Chris Fedor of cleveland.com when asked to give a scouting report on Westbrook. “I have to match that same energy he plays with.”

Sexton will be starting again with George Hill still out. There was initially a belief that Hill may return Wednesday, but that won’t be the case. Cavs head coach Larry Drew hasn’t said who will start when Hill returns.

Though Sexton has already faced several great point guards in the NBA, he hasn’t faced a player of Westbrook’s caliber — a player who causes loads of problems with his speed and athleticism. Knowing this, Sexton will have to adjust his game accordingly.

“It’s a big difference because the pickup points are different,” Sexton said. “Pick him up a lot higher because if he gets a full head of steam it’s tough.

“Just be physical, make sure I show my hands and make sure I don’t get in foul trouble early,” Sexton said of his defensive strategy.

Sexton is developing into a fine player for the Cavs. In his 19 appearances this season (nine starts), the Georgia native has racked up averages of 14.4 points on 45.1 percent shooting from the field (41.9 percent from beyond the arc), 3.0 rebounds and 2.5 assists in 28.2 minutes per outing. 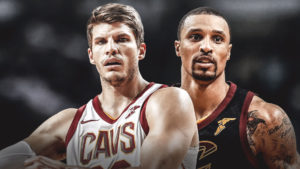