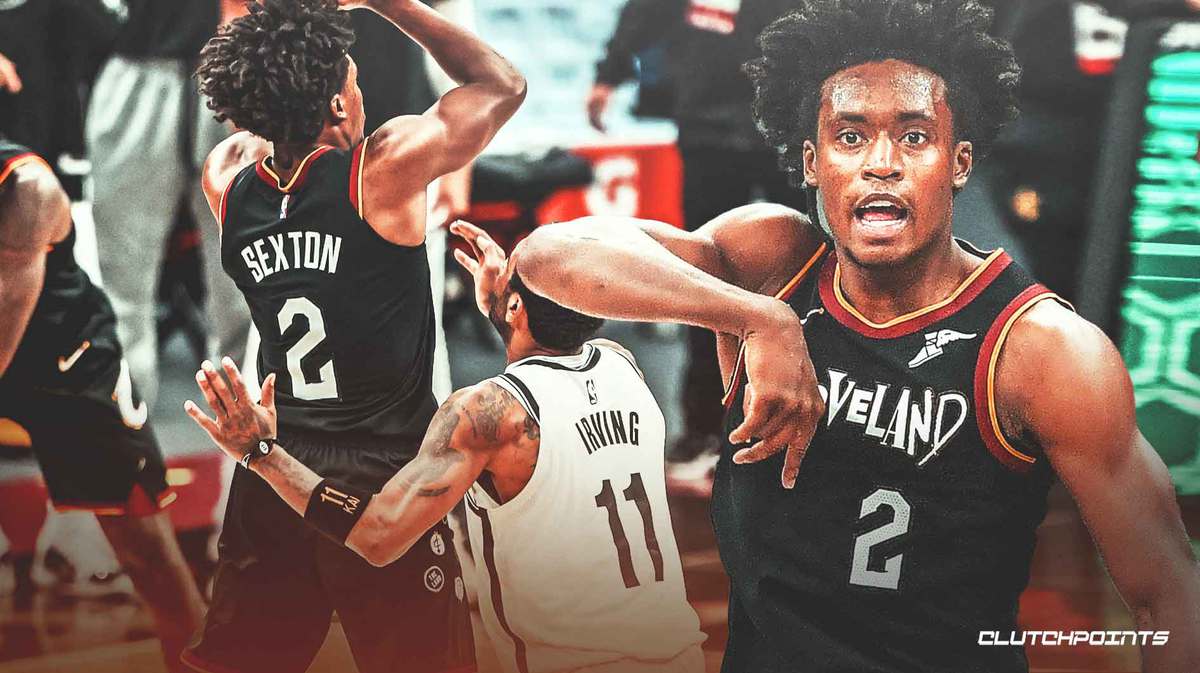 The Cleveland Cavaliers spoiled the debut of the Brooklyn Nets trio of Kevin Durant, James Harden, and Kyrie Irving on Wednesday, in large part due to the efforts of Collin Sexton. Following his remarkable performance in double-overtime, the Cavs guard reacted to facing Irving and the Nets.

“I am in Cleveland, I do wear No. 2, and I do wear Kyrie’s. That’s gonna be linked together. I just got to take it. I can’t control what people say, but I can control what I do,” Sexton admitted, via Chris Fedor of Cleveland.com. “It was good to go against him tonight. I definitely accepted the challenge, and I knew it wasn’t gonna be easy. Just the simple fact that it’s Kyrie, he’s coming at you each and every night ready to go and tonight was a good one.”

Despite coming into the game as heavy underdogs, Sexton and the Cavs put up an impressive fight against the Nets. The game would go into double-overtime as Sexton scored the final 20 points for Cleveland, finishing with a game-high 42 points.

Seeing that Sexton wears the No. 2 jersey for the Cavs, he’s constantly compared to Irving, who won a championship with the Cavaliers. While fans attempt to compare the two guards, Sexton is trying to focus on becoming the best version of himself that he can be.

After his stellar outing against Brooklyn, Sexton upped his average to a career-best 27 points per game while shooting a career-high 50 percent from three-point range. If Sexton can continue putting together performances as he did against Irving and the Nets, he could be on his way to being one of the best guards to play for the Cavaliers.