In the midst of all the festivities of All-Star Weekend, the Cavs were not exactly the most jovial of camps, with recent news emerging about first-year head coach John Beilein being on the brink of stepping down from his post.

Cavs second-year combo guard Collin Sexton recently provided some insight on the situation. According to the 21-year-old, Beilein’s methods have been one of the main reasons behind the coach’s unsuccessful stint in the NBA:

“You know how he is, he is very detail-oriented and it’s detail, detail, detail,” the Cavs guard said, via Sean Deveney of Forbes. “He loves details. And he always wants us to make sure that when we are out there, we are giving it our all. College coaches, you know how they are—they want you to go 1,000 percent every second of the day. He’s been in college for 20 years, more than that. We’ve had to tell him, like, ‘Coach, we’ve got 82 (games), we can’t kill ourselves.’”

Interestingly, Sexton’s comments came even before news broke about Beilein’s impending exit. The Cavs guard’s statement above — albeit worded quite respectfully — is a clear indication that he and his teammates have often not seen eye-to-eye with his coach. To publicly call out your coach’s perceived weakness and to question his methods is a clear sign of a tarnished relationship.

It now feels that it will only be a matter of time before the Cavs officially announce Beilein’s exit. They’re being quite delicate with the situation, though, which also exhibits how much respect they have for the 67-year-old shot-caller.

Cleveland is just 14-40 on the season in the second year of a rebuild following the departure of LeBron James.  Beilein got a five-year contract with the Cavs, but J.B. Bickerstaff is on the staff as part of a succession plan. 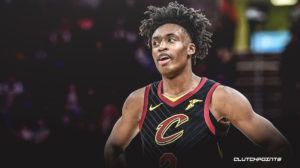