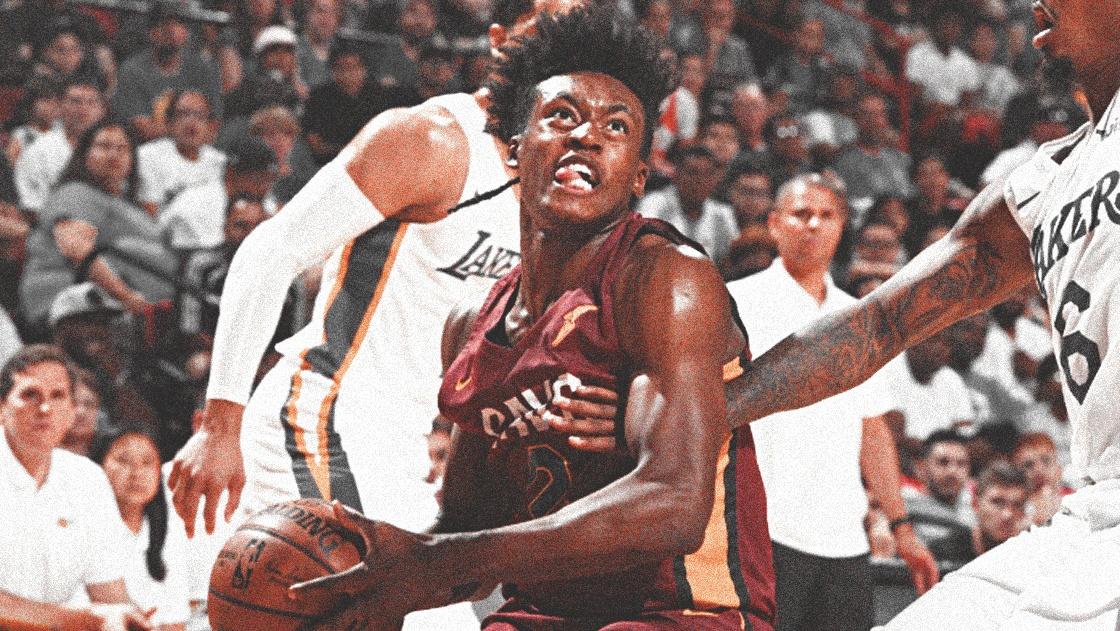 LeBron James is no longer with the Cleveland Cavaliers, but the NBA Summer League has shown that the future is still very bright. Cavs rookie Collin Sexton had an impressive Summer League and was named to the All-NBA First Team.

The Cavs lost to the Los Angeles Lakers in a semifinal game, and Josh Hart was named the Summer League MVP. If the Cavs would have won the game, there is a good chance that Sexton would have been named MVP.

Sexton gave the Cavs fans a lot to look forward too. He is a great creator, and he hits a lot of difficult shot. He still needs to work on his shot from outside, and his passing could also use some refinement, but overall he showed the flashes of brilliance that made him so attractive to coach Tyronn Lue and the Cavs front office. Sexton also showed a little glimpse of how he tries to get into his opponent’s heads.

At the end of regulation against the Lakers, Sexton locked down Hart using even a little bit of crazy eyes and flexing of the muscles to throw him off of his game. It worked on that possession as Hart missed the shot. Sexton is going to get every chance to succeed this year, and it should be fun watching him grow.