Collin Sexton has turned around his teammates opinion on him After a bit of an up-and-down start to this season, Cavs point guard Collin Sexton seems to be finding a groove. Now, after several solid outings, his teammates are heralding his development.

Sexton took quite a bit of flak earlier this season for some of his on-court decisions. Some said he held the ball too long, while others complained about his low assist totals, which is still a bit of an issue. His game is improving, though, and his teammates are taking notice.

His teammates, who were fed up with the preferential treatment he was getting earlier in the season, exacerbated by the mistakes he was making, are thrilled with his rapid development over the past few weeks.

“Gotta win first,” Sexton said. “That’s first and foremost. I could care less how I do. It really doesn’t matter. Myself I just want to go out and play the right way, make sure I can get teammates involved and then also bring that energy on defense.”

Cleveland selected Sexton with the No. 8 overall pick in this year’s draft — a pick that came from the Boston Celtics in the Kyrie Irving deal.

Sexton joined a team with an uncertain future in the aftermath of LeBron James’ departure. Though the Cavs had several veterans on the team when he arrived, some fans thought Sexton would assume a leadership role. That sort of pressure could break a lot of rookies, but he seems to be taking the task in stride.

In his 16 appearances with the Cavs this season, Sexton has racked up averages of 13.1 points on 43.5 percent shooting from the field (48.0 percent from beyond the arc), 2.6 rebounds and 2.4 assists.

Sexton and the Cavs will be back in action on Friday night, when they’ll travel to Philadelphia for a matchup against the Sixers. Tip-off inside the Wells Fargo Center is set for 7:30 p.m. EST. 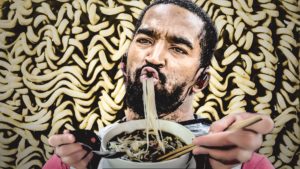 JUST IN: 7 most interesting things J.R. Smith did on the Cavs, ranked
Related TopicsCavaliersCollin Sexton