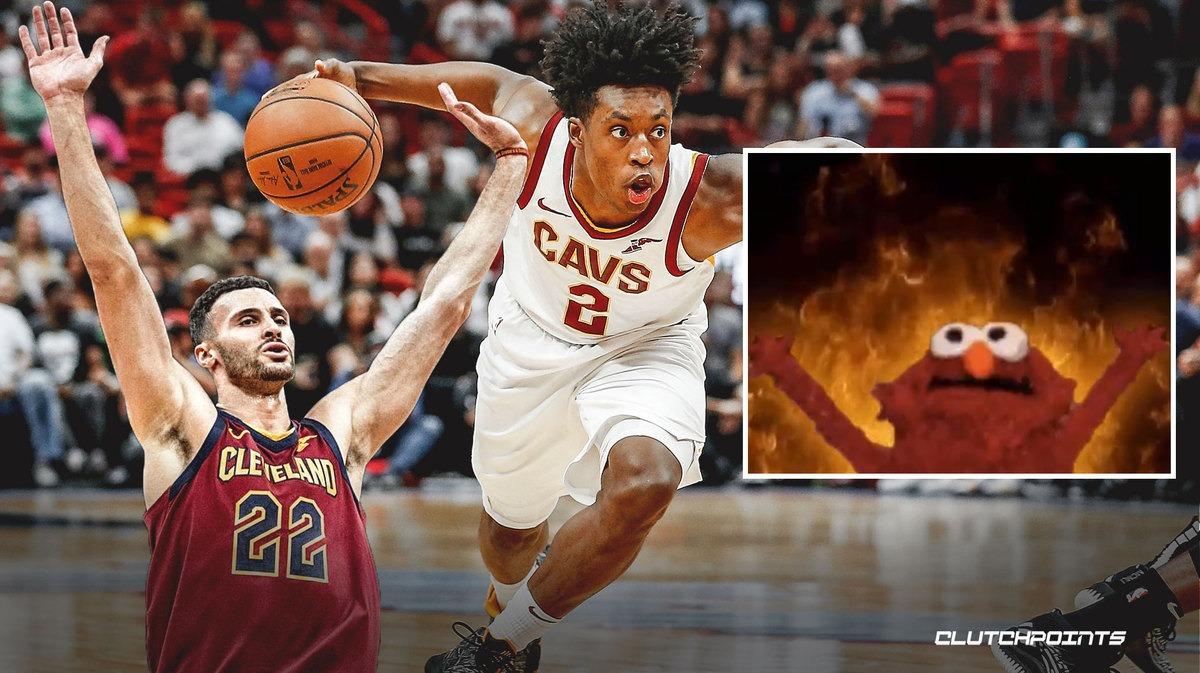 Larry Nance Jr. was hyped for Collin Sexton’s return to the floor on Wednesday, as the Cleveland Cavaliers faced off against the Brooklyn Nets. Sexton balled out in his first game back after missing the Cavs’ last five contest due to an ankle injury, leading his team to an impressive 147-135 home win in double overtime.

The 22-year-old exploded for a career-high 42 points and stole the show from the Nets’ big three who debuted for the first time.

Right after the game, Nance took to Twitter to give fans his hilarious take on The Young Bull’s career night:

Larry Nance Jr. isn’t too far off with his tweet. After all, Collin Sexton was on fire on Wednesday.

The Cavs point guard completely took over in both overtime periods and dropped 22 of his 42 in the last 10 minutes of play. He knocked down four 3-pointers in the second overtime to put the game out of reach for the surging Nets.

After sitting out the past few weeks, Sexton picked up where he left off and continues his strong 2020-21 campaign. Prior to Wednesday’s game, he was already averaging 25.1 points on a 53.1 percent shooting clip. He’s also shooting better from distance, knocking down at least a couple of treys per game on an efficient average of 51.6 percent.

For his part, Nance also helped Sexton out against the Nets. He stuffed the stat sheet with 15 points, eight boards, five assists, and four steals in 45 minutes of play for the Cavs.

Don’t look now but the Cavs are 7-7 and find themselves at the sixth spot of the Eastern Conference.