Cleveland Cavaliers second-year guard Collin Sexton has come to the defense of under fire Cavs head coach, John Beilein. Recently, the 66-year-old shot caller was surrounded by controversy after he mistakenly used the word “thugs” to describe his team, when what he allegedly meant was “slugs.”

For his part, Collin Sexton confirmed that his coach indeed has the word “slugs” in his everyday vocabulary and that he believes Beilein’s unintentional error has been exaggeratedly scrutinized, per Chris Fedor of Cleveland.com.

#Cavs Collin Sexton: "He calls us slugs all the time. Because we slow. But it’s good. We knew what he meant, just blown out of proportion."

At the end of the day, though, this whole brouhaha may have lit a fire under the struggling Cavs. On Thursday, the team came away with an impressive overtime victory against the Detroit Pistons, 115-112.

This was thanks in large part to an outstanding performance by Cavs veteran Tristan Thompson, who logged a career-high 35 points on 15-of-20 shooting, along with 14 rebounds, three assists, a steal, and three blocked shots.

Sexton, who has been a mainstay in Beilein’s starting lineup this season, also had himself a ballgame, scoring 19 points (on 9-of-19 from the floor), one 3-pointer, six rebounds, an assist, two steals, and two blocks in 40 minutes of action.

This was Cleveland’s first win of the calendar year, and it could not have come in a better time. The team is in shambles right now, and coach Beilein seems to be on the brink of getting the ax any day now. Thursday’s victory may have somewhat appeased those who have been calling for his head, but the question is, for how long. 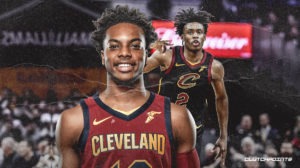