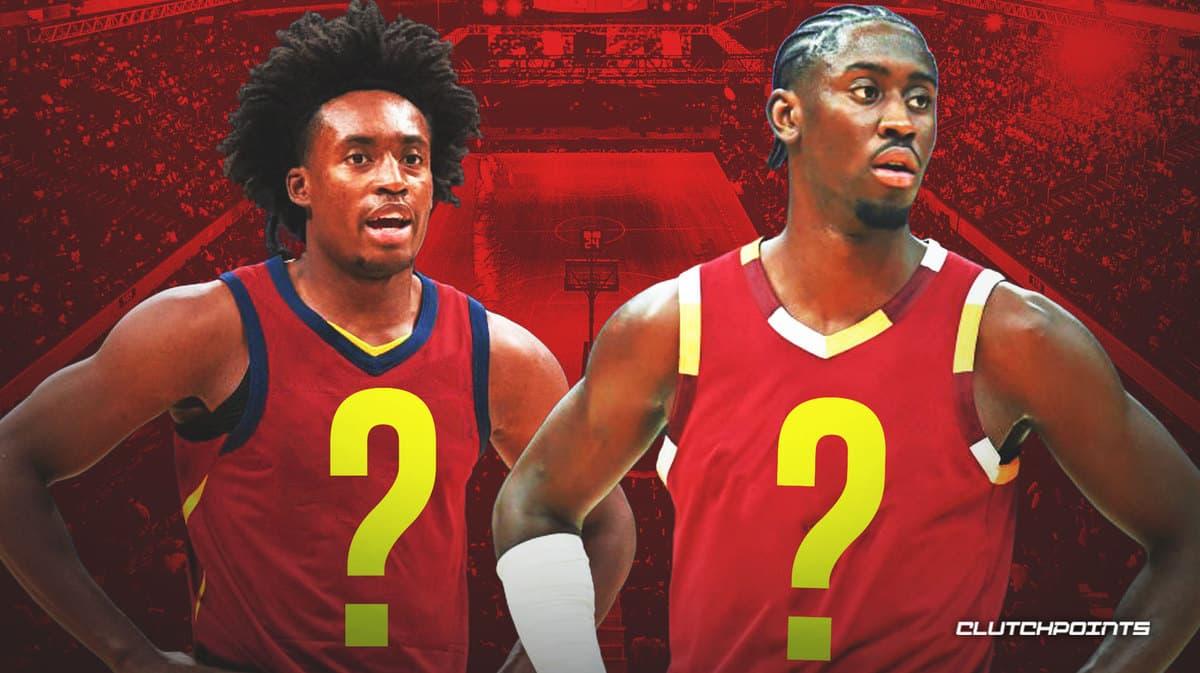 Two of the biggest talking points for the Cavs in the offseason will be the future of a couple of key players on their roster in Collin Sexton and Caris LeVert. Team president for basketball operations Koby Altman recently spoke out about what the front office envisions for these two studs and it sounds like both players will remain in Cleveland for the foreseeable future.

Sexton is currently on an expiring deal and he’s set to hit free agency this summer. LeVert, on the other hand, has one more year on his contract. The Cavs are expected to negotiate extensions for both players in the coming months. According to Altman, he considers both guys to be important elements in what this team wants to achieve next season and that the front office intends to do what they can to ensure that they both stay on board (h/t Cavs insider Evan Dammarell of Right Down Euclid):

Cavs President of Basketball Operations says he sees an opportunity where Cleveland has both Collin Sexton and Caris LeVert on their roster next season.

#Cavs President of Basketball Operations says he sees an opportunity where Cleveland has both Collin Sexton and Caris LeVert on their roster next season.

Altman went on to say that in his mind, he believes that Sexton, who virtually missed the entire season after undergoing surgery on his knee, “deserves a chance to play with the group Cleveland has constructed and play winning basketball.” The Cavs president also talked up Sexton’s work ethic and how the 23-year-old combo guard served as one of the foundations of Cleveland’s rebuilding process:

“So, it’s interesting. Who do you think was the first person working out? Collin Sexton,” Altman said. “… He, in a lot of ways, was the start of the rebuild and the culture we have in place now. … He in a lot of ways is the reason why we’re here.”

Altman also had a lot of praise for Caris LeVert, who arrived in Cleveland via trade last February:

Cavs President of Basketball Operations said that everything was put on Darius Garland for too long and that the team needed Caris LeVert. Altman said that Cleveland wouldn’t have been competitive down the stretch if it wasn’t for LeVert.

The Cavs have a lot of work ahead of them in terms of ironing out a new deal for both players. It won’t be easy, but there’s no denying that Cavs fans would love to see both Sexton and LeVert back next season and beyond.