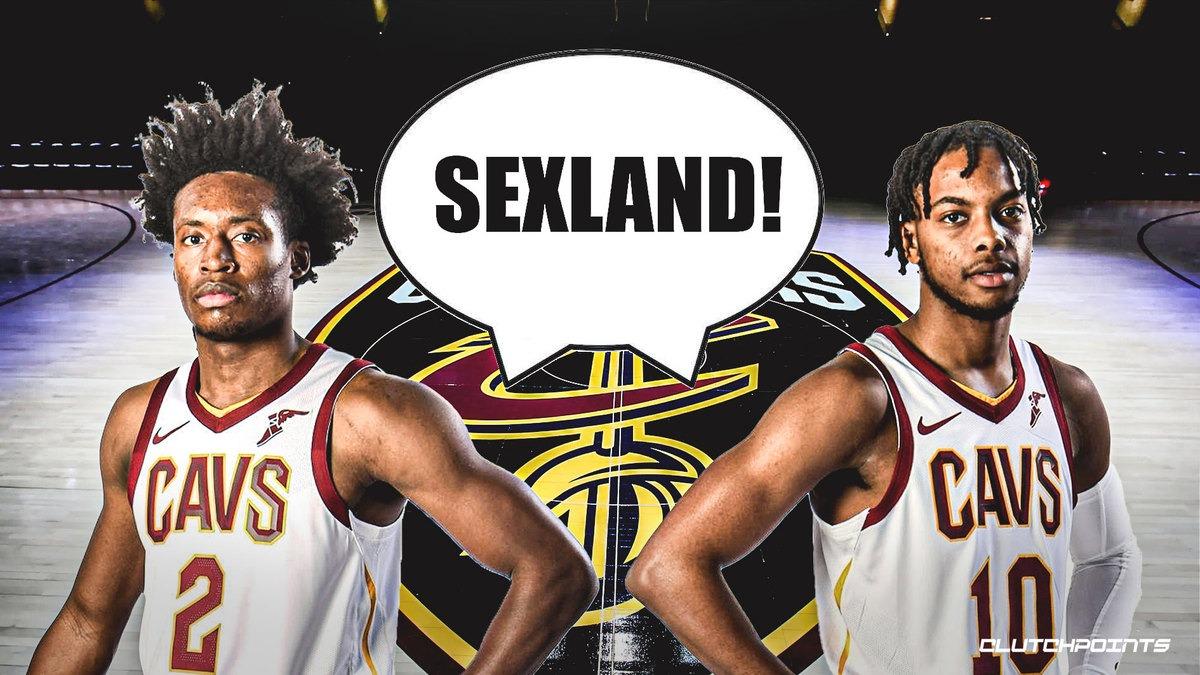 The not so endearing “Sexland” nickname is starting to grow on Cavs guard Collin Sexton. The 22-year-old playmaker, who shares the rather vulgar moniker with his backcourt mate Darius Garland, admitted he wasn’t on board with it at first but is starting to embrace it as well.

“It’s definitely the thing now, with DG coming back, us being out there playing together. And Larry, he loves it. The fans love it, so it’s probably going to be here to stay. We just got to take it and grow it,” he said during an appearance on the “Lowe Post Podcast” with ESPN’s Zach Lowe.

Sexland, which is a play on the two players’ last names, has certainly got NBA fans buzzing these days. The nickname was reportedly first coined by someone online but surged in popularity when Cavs forward Larry Nance used it in an interview to describe the terrific duo.

Nance even doubled down when he claimed that Sexland is now covered in trees after Cleveland acquired Jarett Allen earlier this month.

Apart from the catchy nickname, Collin Sexton’s stock has certainly been on the rise this season following his red-hot start to the 2020-21 campaign. Entering Friday’s game against the New York Knicks, the Young Bull is notching 25.2 points on 51.7 percent shooting from the field and 47.2 percent from distance, along with 4.2 assists, 2.7 rebounds, and 1.2 steals in 13 games.

Darius Garland, on the other hand, has also shown great improvements in his sophomore season. He missed nine games due to a shoulder injury but has picked up right where he left off with averages of 14.3 points, 5.5 assists, 2.6 rebounds, and 1.0 steal in 10 games.

Much to Larry Nance’s delight, looks like the Sexland nickname is here to stay with Cavs fans.