While the Cleveland Cavaliers (and the whole world) await the decision of one LeBron James, the reigning Eastern Conference champions have silently been overseeing changes in their coaching staff. Following the departure last week of Vitaly Potapenko as the Cavs’ big-man head coach, two more assistant coaches are also set to leave the team with Cleveland not intent on re-signing assistant coach Jim Boylan and player development coach Phil Handy, per Dave McMenamin and Brian Windhorst of ESPN.

After bouncing around the league and serving as an assistant and interim coach to several teams, Boylan was hired by the Cavs in 2013. Before joining Cleveland, Boylan served the Milwaukee Bucks as an assistant coach and filled in an interim head coach role for parts of the 2012-13 campaign.

Handy, on the other hand, was the Los Angeles Lakers’ director of player development from 2011-2013.

These recent developments have enabled the Cavaliers to promote two other members of their coaching staff to elevated roles. 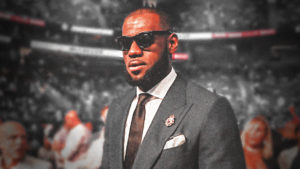