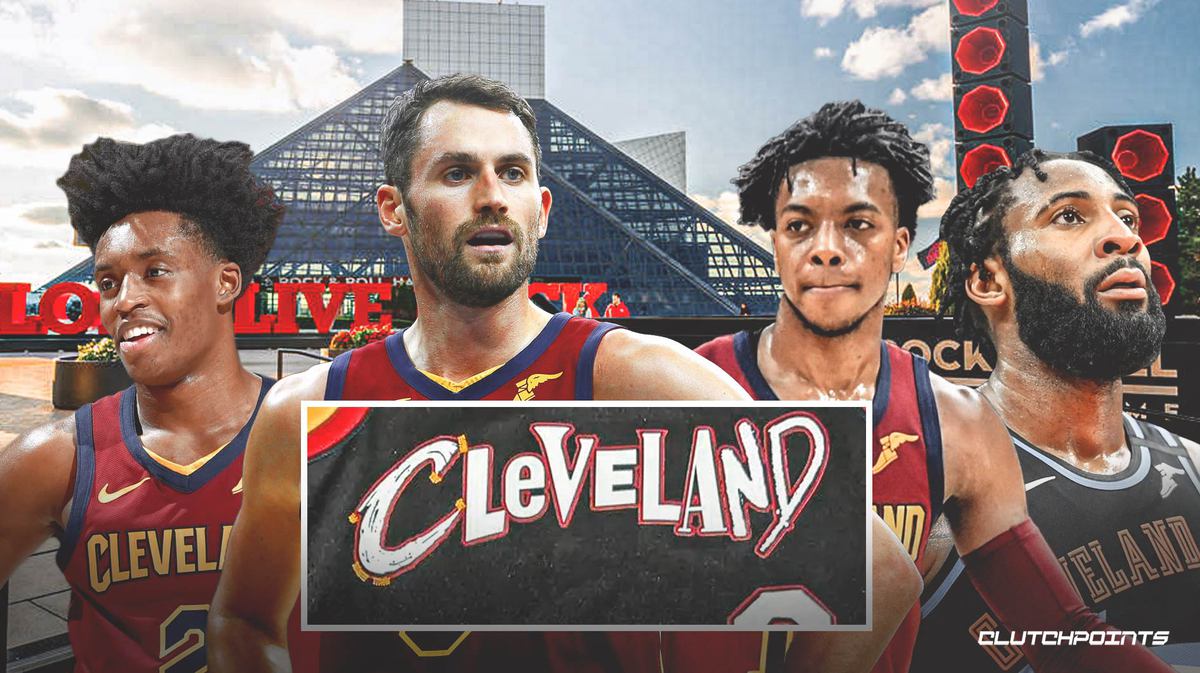 The Cleveland Cavaliers 2020-21 “City Edition” jerseys have been released, which cleverly pay homage to the Rock and Roll Hall of Fame.

The team revealed the new look on Thursday via a hype video featuring Collin Sexton and Larry Nance Jr.

If you don’t catch the classic rock references right away, take a closer look. The lettering for “Cleveland”—which looks a little bit like a ransom note—apparently features one letter from the iconic logos of different rock acts.

The Cavs' 2020 City jersey has leaked and it pays homage to the Rock and Roll Hall of Fame. The wordmark appears to reference 8 famous bands' logos, six of which I was able to approximate or guess correctly. What do you think of the design? Can you identify the remaining letters? pic.twitter.com/CbjAOxtI6y

There is some social media debate over what band each letter is representing. The “C” seems to be from the primary Cleveland Cavaliers logo, followed by the rock acts. All in all, here’s who Internet sleuths believe is being recognized by the Cavs new uniform:

While the idea sounds creative in theory, the meaning behind the uniforms may not totally make sense to folks who haven’t read articles like this one explaining the design. (Certainly, there would have been more obvious ways to celebrate music on the jerseys.)

For good measure, the jerseys also read “Long Live Rock” near the label.

Cleveland’s City Edition jersey isn’t quite as successful as some other looks set to debut in the 2020-21 season. The Phoenix Suns’ “Valley of the Sun” jersey, for instance, is a thing of beauty:

The San Antonio Spurs unveiled these sharp unis as part of its updated set for 2020-21.