Cavs trade for No. 30 pick to draft Kevin Porter Jr. Per Adrian Wojnarowski of ESPN, the Cavaliers sealed a deal with the Detroit Pistons to target Porter:

Porter will join Darius Garland and Dylan Windler as the rookies of the rebuilding Wine and Gold squad. The 6-foot-5 Porter is seen as a ‘high risk, high-reward’ type of prospect.

When he’s performing up to par, Porter is a reliable shot from deep. He has the confidence to heave pull-up 3-pointers or create one for himself off the dribble. The downside, according to scouts, is his decision-making. He hasn’t developed the ability to make the correct pass or take what the defense is giving him.

Apart from his on-court skills, what concerned several scouts is his behavior off the court. There were reported issues about his attitude which effectively brought his draft stock down. On top of that, he was suspended for some time in his lone year with USC for a violation of team rules. Prior to the draft, the 19-year-old acknowledged his past, noting that it became a reality check.

“I feel like people go through things,” Porter said, per Shandel Richardson  of The Athletic. “Me being my age, I was very immature. I feel like it was something I needed. I don’t regret it at all. It was a reality check.”

Now, Porter is on basketball’s biggest stage. It’ll be a tough transition for him, but the veterans of the Cavaliers will surely be there for him. John Beilein might be a first-year NBA coach, but he has a supple basketball mind and could be just the man who can unlock Porter’s talents. 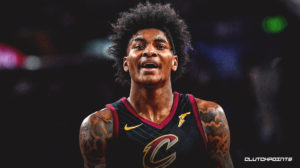