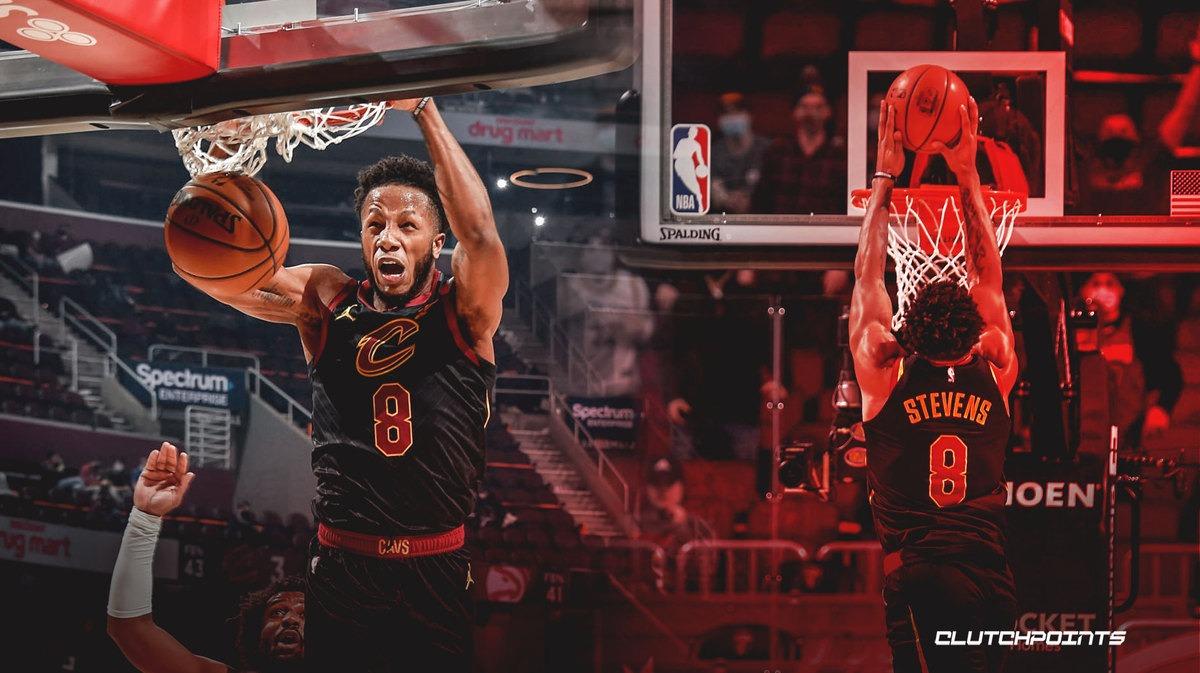 Cleveland Cavaliers rookie Lamar Stevens isn’t exactly a household name. That might change overnight thanks to his heroics on Tuesday, as he scored the game-winning basket to lead the Cavs to a 112-111 win over the Atlanta Hawks.

Here’s a look at the final few plays of Tuesday’s tightly-contested matchup, which starred the young rook (h/t ClutchPoints on Twitter):

LAMAR STEVENS FOR THE WIN 🔨pic.twitter.com/wx4cUegR7j

Stevens came up with a key rebound on the defensive end which allowed his team to take one final possession. The Cavs were down one at that point, and on the other end of the floor, Stevens somehow found an open lane to the basket for an emphatic game-winning slam.

Stevens went undrafted in the 2020 NBA Draft but he signed a two-way contract with the Cavs in November. He has since played a key role for Cleveland’s second unit, averaging 14.4 minutes per game off the bench.

Kevin Love and Larry Nance Jr. still remain out and Cleveland is sitting Andre Drummond until he’s traded, which should present more opportunities for Stevens in the immediate future. His game-winning heroics on Tuesday night should also work in his favor as he looks to get on the good graces of Cavs head coach J.B. Bickerstaff.