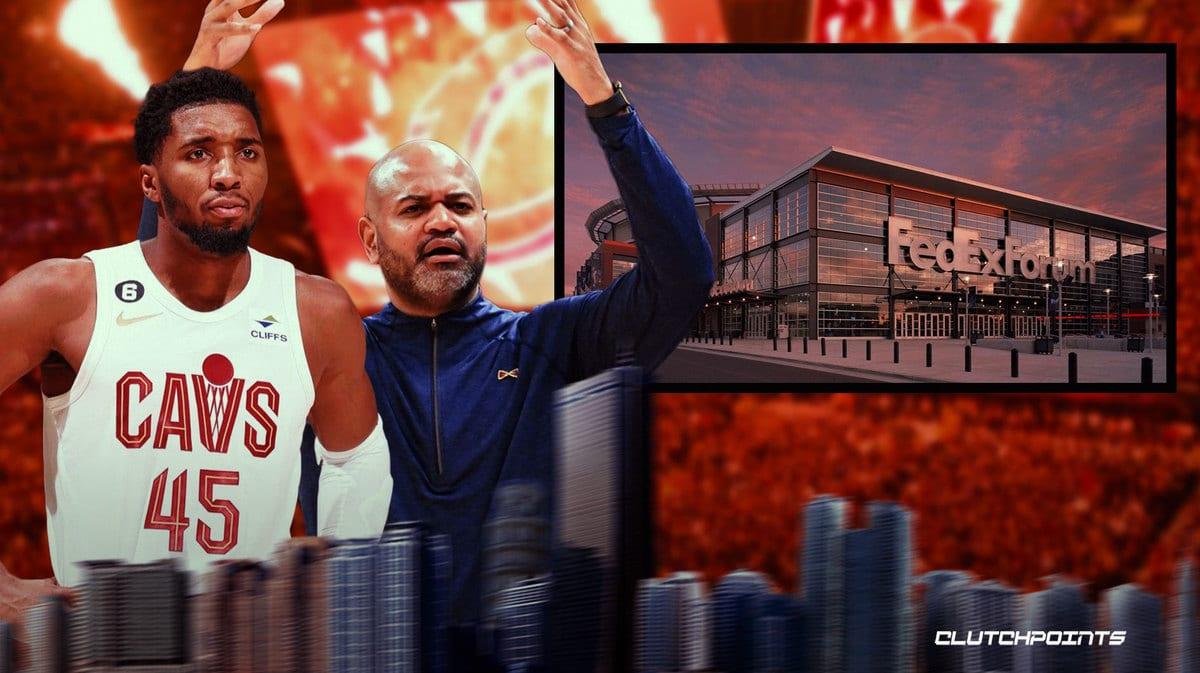 Cleveland Cavaliers head coach JB Bickerstaff said guard Donovan Mitchell was unable to practice because of a groin injury before the team takes on the Memphis Grizzlies on Wednesday, according to multiple sources.

JB Bickerstaff said he was not sure of whether the 26-year-old guard will travel with the team to Memphis. He said was unsure of the injury’s severity in a Monday night press conference.

Mitchell was confirmed to be “out” against the Grizzlies by ESPN’s Danny Cunningham on Wednesday.

Donovan Mitchell was taken off of the team’s injury reports along with forward Evan Mobley before the team took on the New Orleans Pelicans in Rocket Mortgage Fieldhouse. He scored 11 points, grabbed one rebound and blocked one shot in 22 minutes played before he left the game with a left groin strain. While he was able to return to the Cavs bench in the final quarter, Mitchell was still listed as “questionable” to return with the groin injury, Cleveland.com Cavs reporter Chris Fedor wrote in a Monday tweet.

The fourth-year Cavaliers head coach reassured Cavs reporters that he had minimal concern about forward Kevin Love’s recent shooting slump. He said he will eventually get out of it due to his status as an elite shooter. Love sank three of his last 27 3-point attempts, going on a three-game stretch without a single long-range shot before hitting two of his four attempts against the Minnesota Timberwolves in Target Arena, according to Basketball Reference.

Though he was not participating in five-on-five work, Bickerstaff said forward Dean Wade was “progressing,” Right Down Euclid writer Evan Dammarell wrote in a Tuesday tweet. Wade was expected to be out for 3-4 weeks with an AC joint injury he suffered after he played for 10 minutes in an early-December game against the Orlando Magic.

The Cavs will tip off against the Grizzlies at 8 p.m. EST on Wednesday in FedExForum. The game will be broadcasted on Bally Sports Ohio.