The Cleveland Cavaliers have requested permission to talk to Denver Nuggets assistant coach Jordi Fernandez about their coaching vacancy.

The Cavaliers have Fernandez on their radar, and they will finally get the chance to interview the Nuggets assistant coach who is familiar with Cleveland. He spent six years with the Cavaliers before and was also the coach of Canton Charge in the G League for two seasons.

Jordi Fernandez has started working as an assistant coach with the Nuggets in 2016. In fact, Denver head coach Michael Malone has nothing but good words for him and even told Sam Amico of Amico Hoops that Fernandez is special.

“He’s a very good teacher,” Malone said of Fernandez. “He related especially well to young players. To see how much he’s grown since our year together in Cleveland is amazing.”

The Cavs are reportedly looking for a young coach to replace Larry Drew, who initially took over from Tyronn Lue six games into the 2018-19 NBA season. Cleveland is expected to build around Collin Sexton and the player that they will get from the 2019 NBA Draft.

Cleveland is in good position to land one of the top prospects like Zion Williamson, Ja Morant and RJ Barrett in next month’s rookie selection. They will be among the three teams with the best odds to land the first pick in the draft along with the New York Knicks and Phoenix Suns. 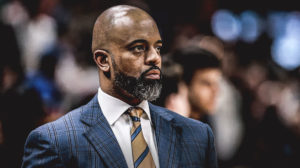