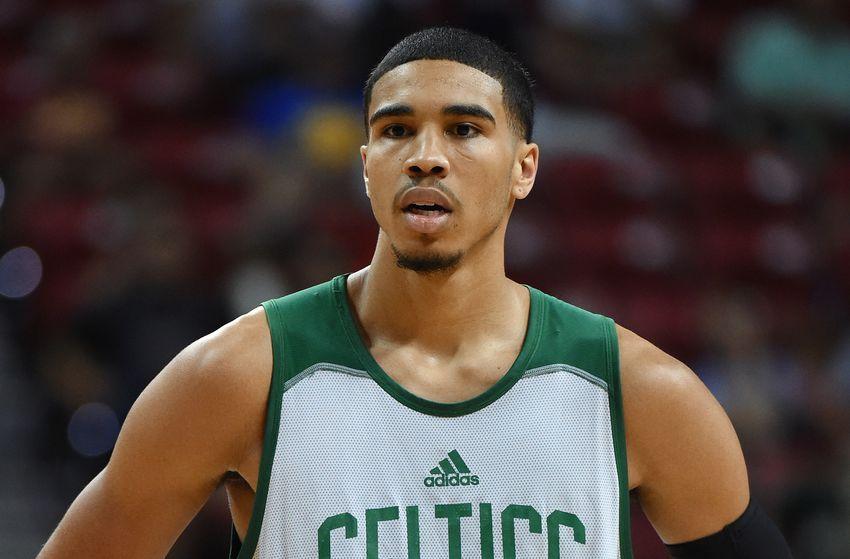 Jaylen Brown? Jayson Tatum?The trade centered around Kyrie Irving and Isaiah Thomas has recently taken a twist as the Cleveland Cavaliers are rumored to might be asking for additional assets to push through with the deal. This has stemmed from the physical results on the 5-foot-9 point guard checking on the status of his hip injury.

While another draft pick could also be offered by the Boston Celtics, it has been reported by Adrian Wojnarowski of ESPN that the Cavs may ask for Jayson Tatum or Jaylen Brown, for the trade be completed.

“Now, Cleveland is going to try to inquire about a couple of the Celtics’ young players, Jaylen Brown, Jayson Tatum, who they tried to get in the original trade, that is very unlikely,” Wojnarowski said. “But Boston still has a war chest of future first-round picks of their own, and some picks they control from other teams, and Cleveland is going to try to get one more of those to finalize this deal.”

He then added that the C’s may most likely decline to the request of the Cavaliers, especially believing that they did not hide anything from them about Thomas’ timetable for recovery.

“Boston is resisting, and will initially at least, resist this idea,” Wojnarowski said. “Boston believes that it was completely transparent with Cleveland about where Thomas was physically, his rehab. Cleveland’s version of this is that they didn’t realize how long Thomas could potentially be out this season, he’s in the final year of his contract, and obviously, that matches up with what will likely be the final year of LeBron’s current deal, and so there’s going to be a showdown between these two teams that may last a couple more days.”

The Celtics have thought very highly of Tatum since before the draft last June, making it very hard to imagine that they will include him in the deal. They even traded the number one pick, as they did not mind moving down the order, knowing they could still select him.

For now, it remains to be seen if the blockbuster trade will be completed or not. However, one thing certain is that a decision between both teams will be made before August 30, as it’s the deadline for them to finalize it, unless both mutually agree to extend the deadline.