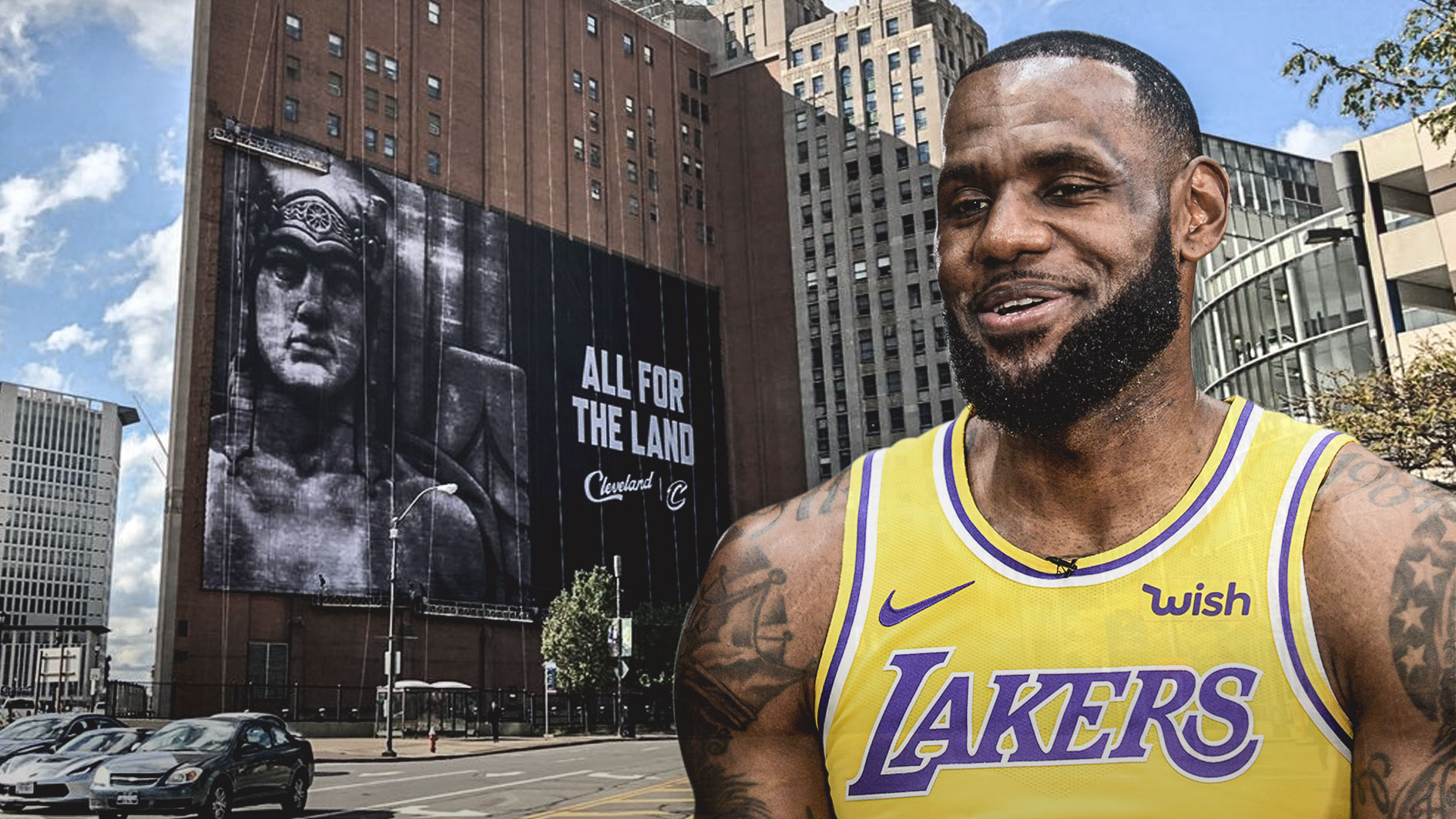 After LeBron James left the Cleveland Cavaliers for the Los Angeles Lakers, the Cavs were forced to scrub the arena of all LeBron-related products for the upcoming season.

This included the massive banner that hangs outside Quicken Loans Arena. When LeBron was a Cavalier, the banner depicted his pregame chalk toss, a pose that quickly became iconic.

While Kevin Love is still around, Cleveland decided to go with a different look for their new banner, and it has already elicited quite a bit of confused responses.

The design features a mosaic of one of Cleveland’s most recognizable landmarks populated with photographs to be submitted by proud Cavs fans and Clevelanders. The photos will collectively create a singular portrait of community pride and strength that is punctuated by a declaration of civic unity.

Cleveland’s landmark Guardian of Transportation statue dramatically fills the left side of the 110’ x 210’ banner. The iconic sandstone Guardian statues are mythic figures that stand guard over Cleveland’s Hope Memorial Bridge to protect those entering and leaving the city. To create the image of the Guardian, the Cavaliers will crowdsource thousands of photos submitted by Clevelanders and Cavs fans everywhere that illustrate how they celebrate The Land. The artistic interpretation symbolizes that “We are ALL protective guardians of THE LAND and stand united in the pride we hold for our city and community.”

Still, it seems fans were hoping for something a little different.

The Cavs will more than likely endure a rebuilding season after the departure of their perennial All-Star. Behind Love and rookie Collin Sexton, the Cavs will attempt to seize a playoff spot and prove they can still contend in a weak conference. They open the season Wednesday against the Toronto Raptors. 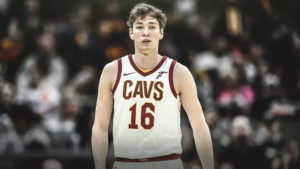