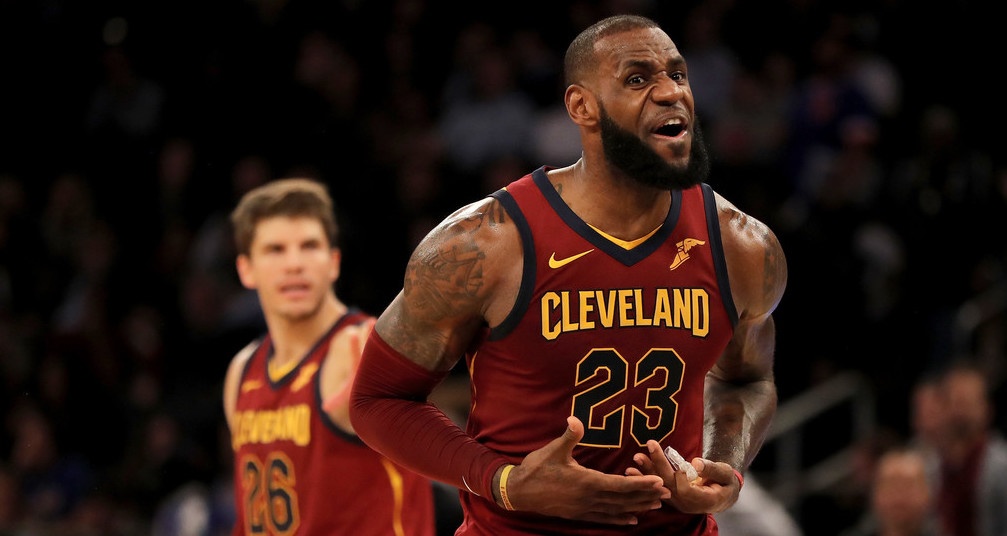 The Cavs, now the third-ranked team in the Central Division standings with an 8-7 record, decided to change their travel routine this season and it seems to have paid off during their four-game road trip.

In seasons past, the Cavs would fly to their next destination immediately after a road game. Now, with their new itinerary in place, the team is spending the night in the city where they played, then leaving the following morning.

“The biggest thing for recovery is sleep,” Spiro told ESPN. “There isn’t anything better, and for these guys that are taxing their bodies through travel and through their workload on the court, and practice, and extra work or whatever, we can have all the technology in the world, but obviously a great night’s sleep plays a role into performance. There’s no doubt about it. So you have to have your finger on the pulse of it.”

Cavs superstar LeBron James, now 32 years of age and in his 15th season of NBA service, is pleased with the new course of action.

“We’re old, man,” James said. “Whenever we get a chance to stay over for the night this season, we have to do that.”

As most hoops fans know, the Cavs are indeed an older team, as James pointed out. In fact, with an average player age of 30.3, they’re the oldest team this season (Phoenix Suns and Chicago Bulls are the youngest at roughly 24).

“That’s helped us out,” Lue said of the overnight plan. “I think with the schedule, not having as many back-to-backs — especially having back-to-backs on the road — that’s really tough. So, having that day in between to get rest and then fly to the next city has been good for us.”

Jose Calderon, 36, says the new traveling process has helped him relax after games.

“I actually like it,” Calderon told ESPN. “You don’t have to rush for the checkout time before the game. You just have to worry about the game without thinking about packing your bag or whatever. You’re relaxed after the game. Whatever happens — lose, win — you just kind of disconnect a little bit. Go on your own or with some of your teammates.

“And you wake up in the morning, and you have time to go to practice. It’s more of a relaxed kind of feeling instead of getting in at, like, 2 a.m. or something, some other place.”

“You’re rushing a bit,” Love told ESPN of the process of trying to simultaneously prepare for a game and the flight that will follow it. “There is something there. It’s just that little bit of stress that you don’t need to deal with that may or may not affect you.”

Let’s see if this new strategy continues to pay dividends for the Cavs, who wrapped up their four-game road trip with a 3-1 mark. They’ll have an opportunity to improve their three-game winning streak this Friday when they’ll welcome the L.A. Clippers to Quicken Loans Arena. Tip-off is scheduled for 7:30 p.m. EST with Fox Sports Ohio having live broadcast coverage. 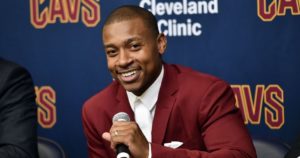 JUST IN: Isaiah Thomas says handshakes were one of the first things he thought about after trade
Related TopicsCavs