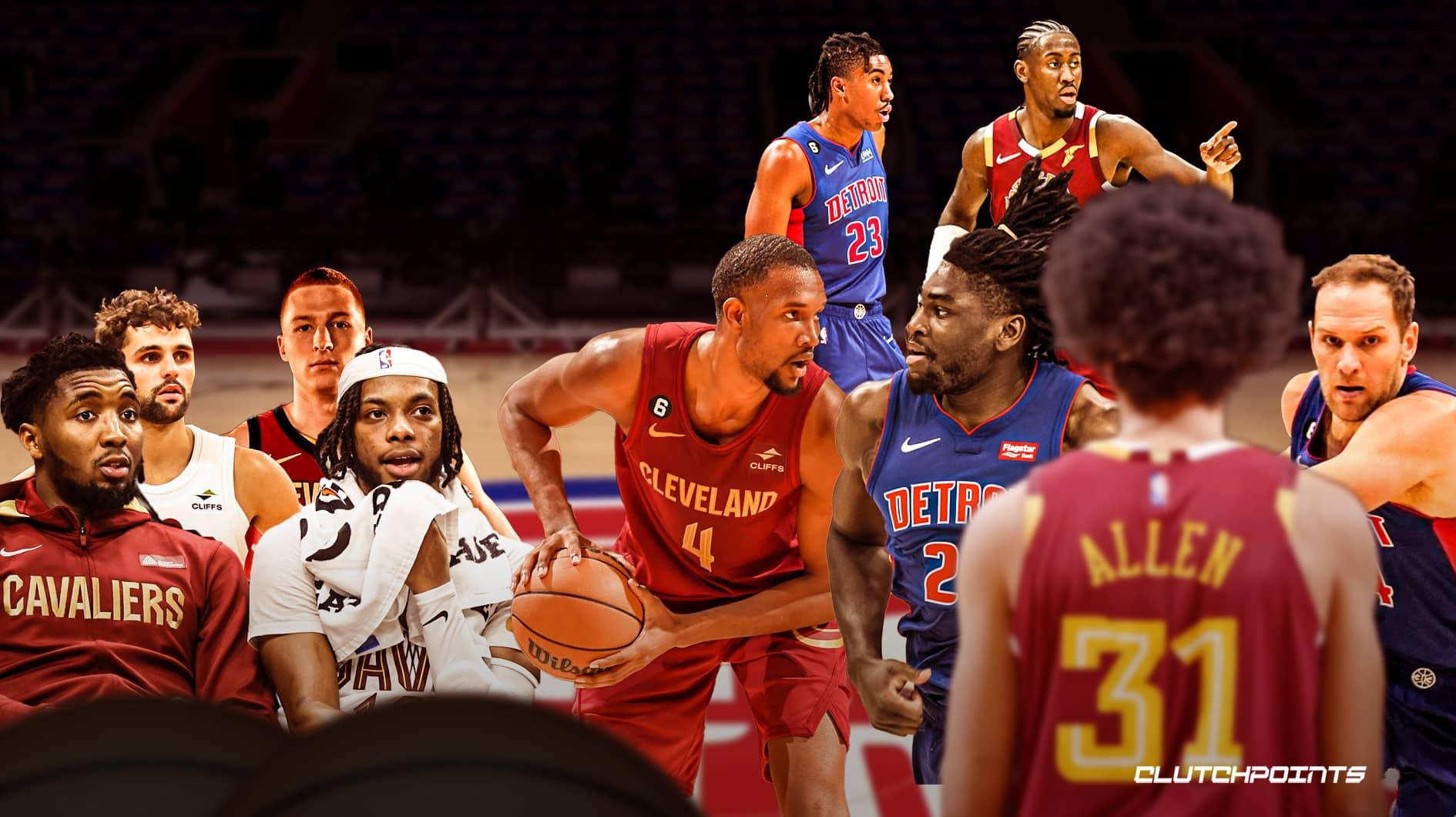 Just days after guards Donovan Mitchell and Darius Garland combined for one of the highest point totals of a Cleveland Cavaliers duo this season, the two All-Star guards, along with a handful of key rotational players, could find themselves on the sidelines during Friday’s Central Division battle against the Detroit Pistons.

Mitchell, Garland and guard Raul Neto were all listed by as “questionable” going into Friday’s game, according to Chris Fedor of cleveland.com, while forward Dylan Windler was listed as out on ESPN’s NBA injury report. Guard Ricky Rubio will continue to wait on the bench as he recovers from a torn ACL in his left knee after scoring 27 points, grabbing 13 rebounds and dishing eight assists in a late-December matchup against the New Orleans Pelicans.

Mitchell and Garland played 44 and 42 minutes, respectively, Wednesday against the Boston Celtics, making it the first time Garland logged a 40-minute game since last April. Mitchell suffered an ankle injury just before halftime, limping to the locker room with visible discomfort after an awkward landing. Garland suffered what was listed as a left knee sprain as he dove to try and grab a loose ball.

Neto, a former Utah Jazz 2013 second-round pick playing in his first season with the Cavs, logged minutes in six of Cleveland’s seven regular-season games so far, averaging 3.2 points in 10.2 minutes per contest. Windler has played in 81 games with the Cavs in his young NBA career, having yet to make his season debut after suffering a right ankle injury in an early-October practice.

The Cavs will likely have to continue experimenting with their lineups as they start their five-game road stretch in Detroit. Should Mitchell and Garland rest against the Pistons, Cleveland may have to rely more heavily on guard Caris LeVert while potentially adding another forward to the starting lineup as they face forward LeBron James and Anthony Davis of the Los Angeles Lakers, Paul George of the Clippers and last year’s NBA champion in the Golden State Warriors.

All five teams the Cavs will face on their road trip currently have a record of .500 or below, with all five teams sporting a combined record of 13-27. The Detroit Pistons are 1-4 in their past four matchups, defeating Golden State by 14 points last Sunday between a pair of two-game losing streaks to the Atlanta Hawks and Milwaukee Bucks. The Detroit Pistons have listed forward Marvin Bagley III and guard Alec Burks as out against the Cavaliers, while rookie center Jalen Duren has been listed as probable.

LeVert played in a team-high 46 minutes in the 114-113 overtime win, scoring 15 points in his highest minutes total of the season. Forwards Isaac Okoro or Dean Wade may find their way back into the Cavs’ starting lineup after playing eight and 24 minutes, respectively. Okoro has two starts this season against Chicago and Washington, while Wade has three against Orlando, Boston and New York.

Cleveland will face the Pistons Friday at 7 p.m. ET in Little Caesars Arena. The game can be streamed on Bally Sports Cleveland.