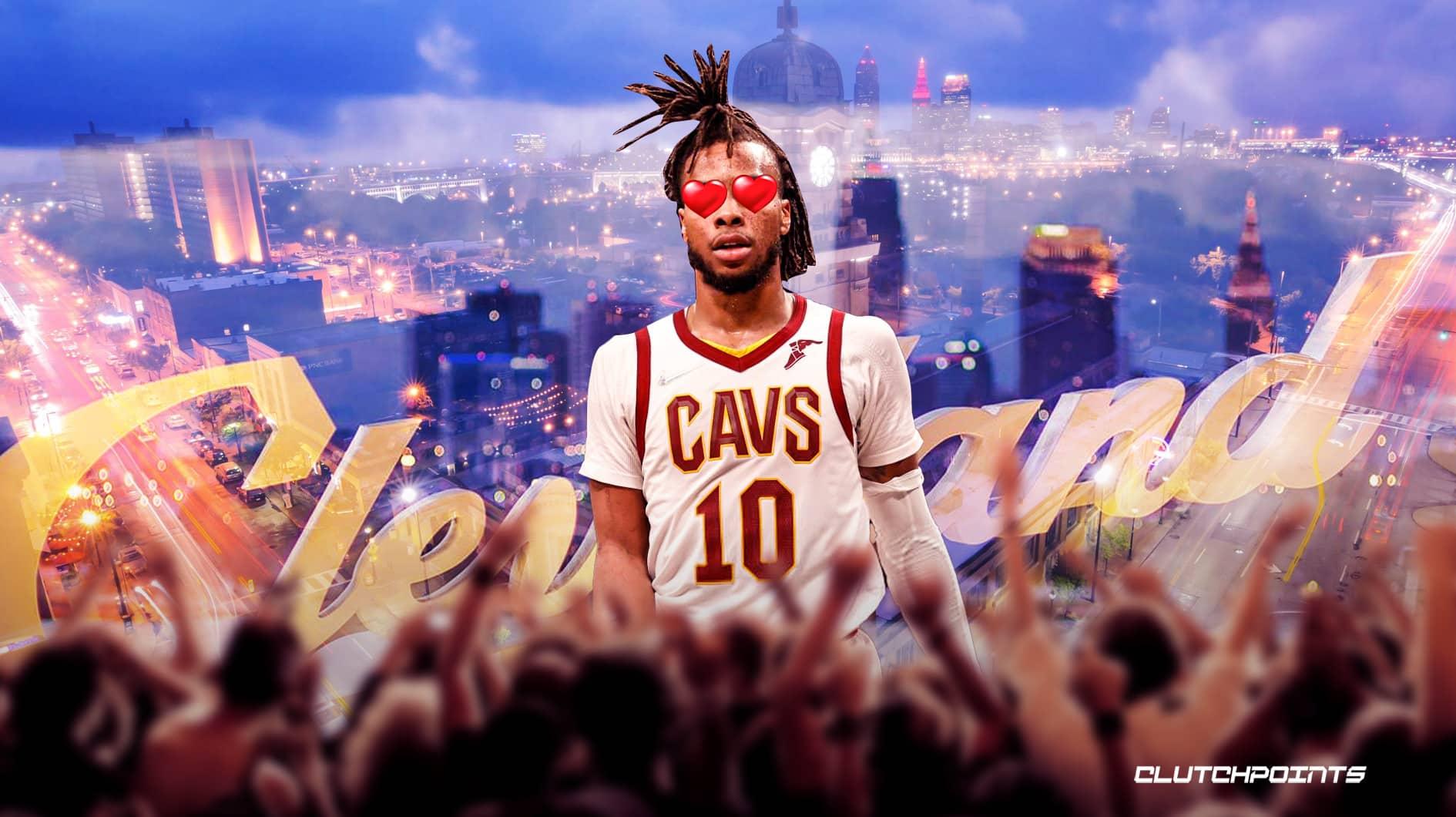 Cleveland Cavaliers guard Darius Garland just became a lot wealthier this summer, inking a brand new five-year, $193 million extension. At Media Day on Monday, the PG was asked about committing his future to the team and made it very clear he has nothing but love for Cleveland.

“I love Cleveland. Cleveland is home for me. I’ve been telling all y’all that since I got here.”

“I love Cleveland. Cleveland is home for me. I’ve been telling all y’all that since I got here.”#Cavs point guard Darius Garland on his newly-minted contract extension. pic.twitter.com/wI1nyjovuJ

There is no question all the fans love him, too. After a couple of respectable campaigns for the Cavs, Darius Garland fully broke out in 2021-22, posting averages of 21.7 points, 8.6 assists, and 3.3 rebounds while shooting 38% from downtown. He was easily Cleveland’s best player and facilitator. Garland has improved statistically each and every year, too.

Now, he’s got a superstar backcourt running mate in Donovan Mitchell. It’s going to be very exciting to see these two co-exist alongside one another given their respective skill sets.

The Cavs honestly would’ve been a top-six playoff team last season if it wasn’t for some brutal injury luck to various key players including Evan Mobley and Jarrett Allen. Garland missed a bit of time too, but he typically stayed healthy, playing in 68 contests.

Darius Garland was taken fifth overall in 2019 out of Vanderbilt and this new contract is actually the biggest in franchise history. That just goes to show how much Cleveland thinks of him.

Anything is possible for J.B. Bickerstaff’s group in the upcoming campaign and perhaps they’ll even have four All-Stars in their first unit. It’s certainly possible.