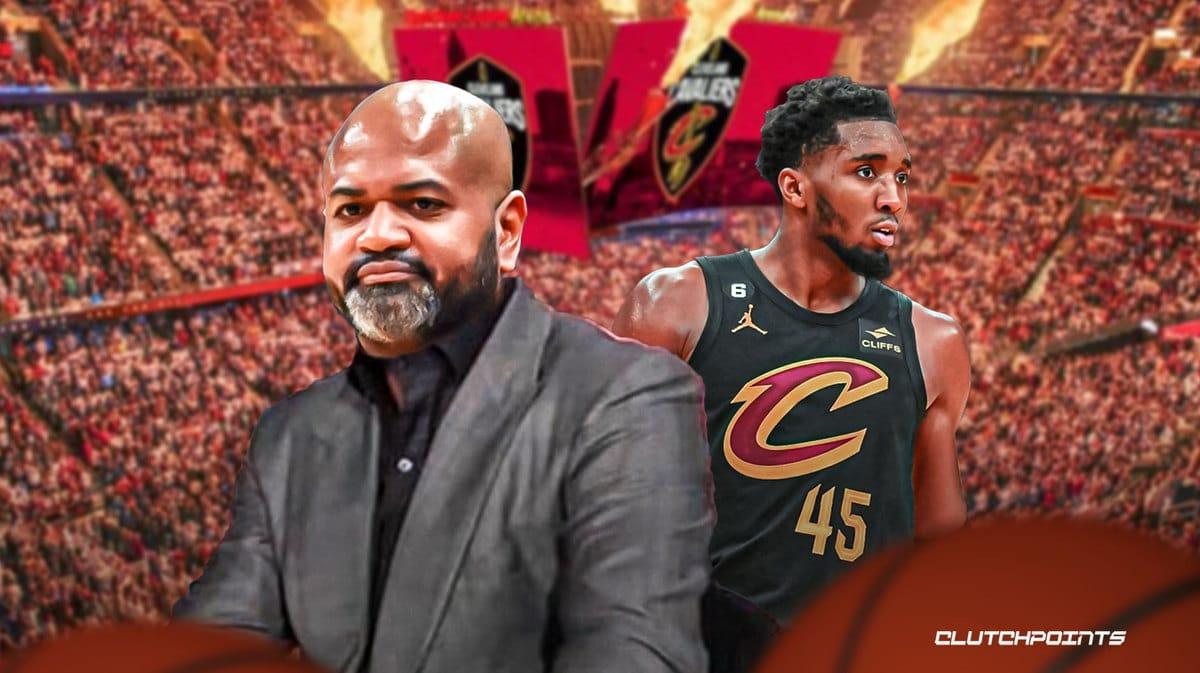 A wine-colored jersey was given to a new player at Friday’s Cleveland Cavaliers shootaround.

Cleveland Cavaliers guard Donovan Mitchell was not seen at shootaround with a potential injury ahead of a game against the Sacramento Kings, according to multiple sources. Mitchell was listed as “questionable” with right lower leg soreness.

Forward Kevin Love was also listed as out against the Kings.

Guard Caris LeVert was seen wearing a wine-colored jersey in Mitchell’s stead. Two players who wore the jerseys, forward Lamar Stevens and center Jarrett Allen, earned starting positions upon returning from injury in games against the Orlando Magic and the Los Angeles Lakers. Stevens played for 15 minutes against the Magic, while Allen earned a double-double in 38 minutes against the Lakers.

Should the wine-colored jerseys keep their fortune-telling reputation, LeVert will earn his first start since a 113-98 Milwaukee Bucks victory in Fiserv Forum. The 28-year-old guard scored two points and dished three assists in nearly 20 minutes against the Central Division rival. He worked in a small-ball lineup featuring Stevens at the power forward and forward Evan Mobley at the center spot against a Milwaukee Bucks team that decided to play big with Brook Lopez at center, forward Bobby Portis at the four and forward Giannis Antetokounmpo at the three.

The Cavs won’t be facing the Kings of old when they push through Donovan Mitchell’s potential injury on their home court. Though both guards De’Aaron Fox and Terence Davis are listed as “Day-to-day” on the “Beam Team’s” injury report, LeVert and the Cavs starters will face a team with the league’s fifth-highest offensive rating at 115.9 and the sixth-highest pace in the NBA.

The Cavs will tip off against the Kings at 7:30 p.m. EST on Friday in Rocket Mortgage Fieldhouse. The game will be broadcasted on Bally Sports Ohio.