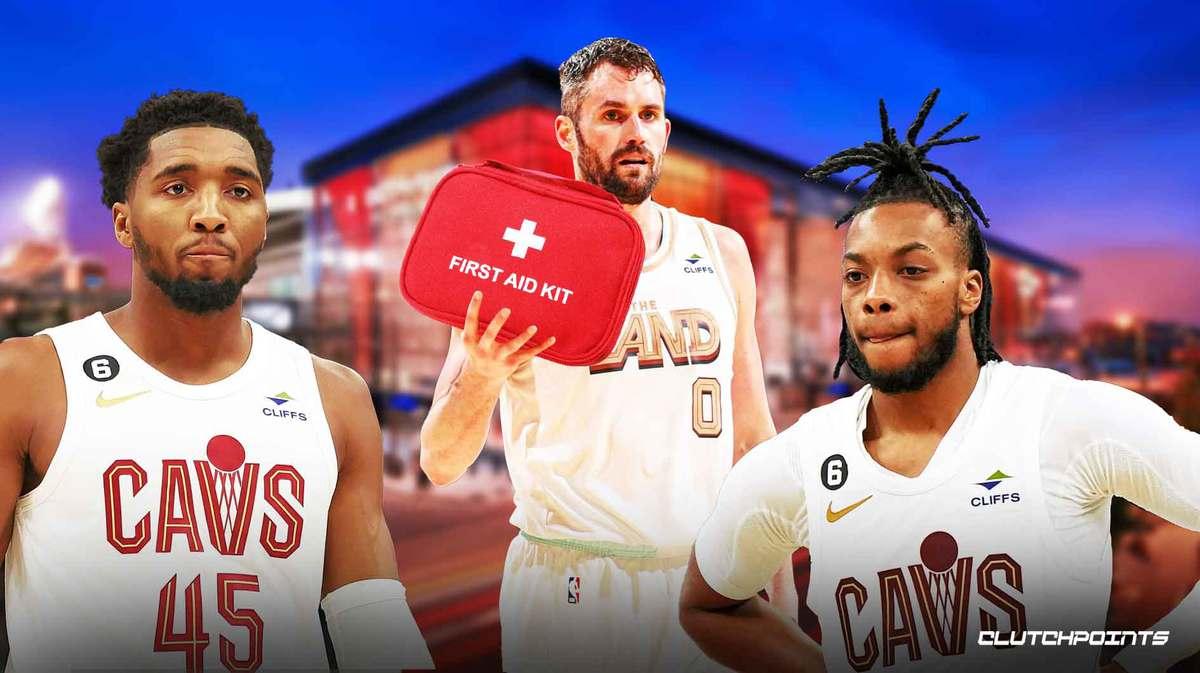 The Cleveland Cavaliers finally snapped their five-game losing streak on Friday with a massive overtime win over the Charlotte Hornets, 132-122. Unfortunately for the Cavs, it may have come with a cost.

NBA guru Shams Charania reports that Cavs veteran Kevin Love has sustained a thumb injury that could keep him out a few games:

“Cavaliers’ Kevin Love has a hairline fracture in his right thumb and will be evaluated daily, team says,” Shams wrote in his tweet.

The good news here is that the injury does not sound to be overly serious. Love has officially been listed as doubtful for Sunday’s matchup against the Miami Heat, which means that there’s a small chance that he will be able to suit up for that game. However, the Cavs are likely going to take a cautious approach with the 34-year-old, and it would not be surprising if Love ends up sitting out a few games because of this issue. The injury also happens to be on his shooting hand, which could make things more problematic.

In 15 games played this season, Love has produced averages of 11.3 points, 7.4 rebounds, and 2.6 assists in 21.3 minutes off the Cavs bench. He’s been very effective from distance as well, knocking down 2.4 triples per contest on a 40.9-percent clip. The five-time All-Star was one of the candidates for last season’s Sixth Man of the Year title, and he’s been fulfilling a similar role for Cleveland this term.

If Love ends up missing Sunday’s contest, his next opportunity to play would be on Monday against the Atlanta Hawks.