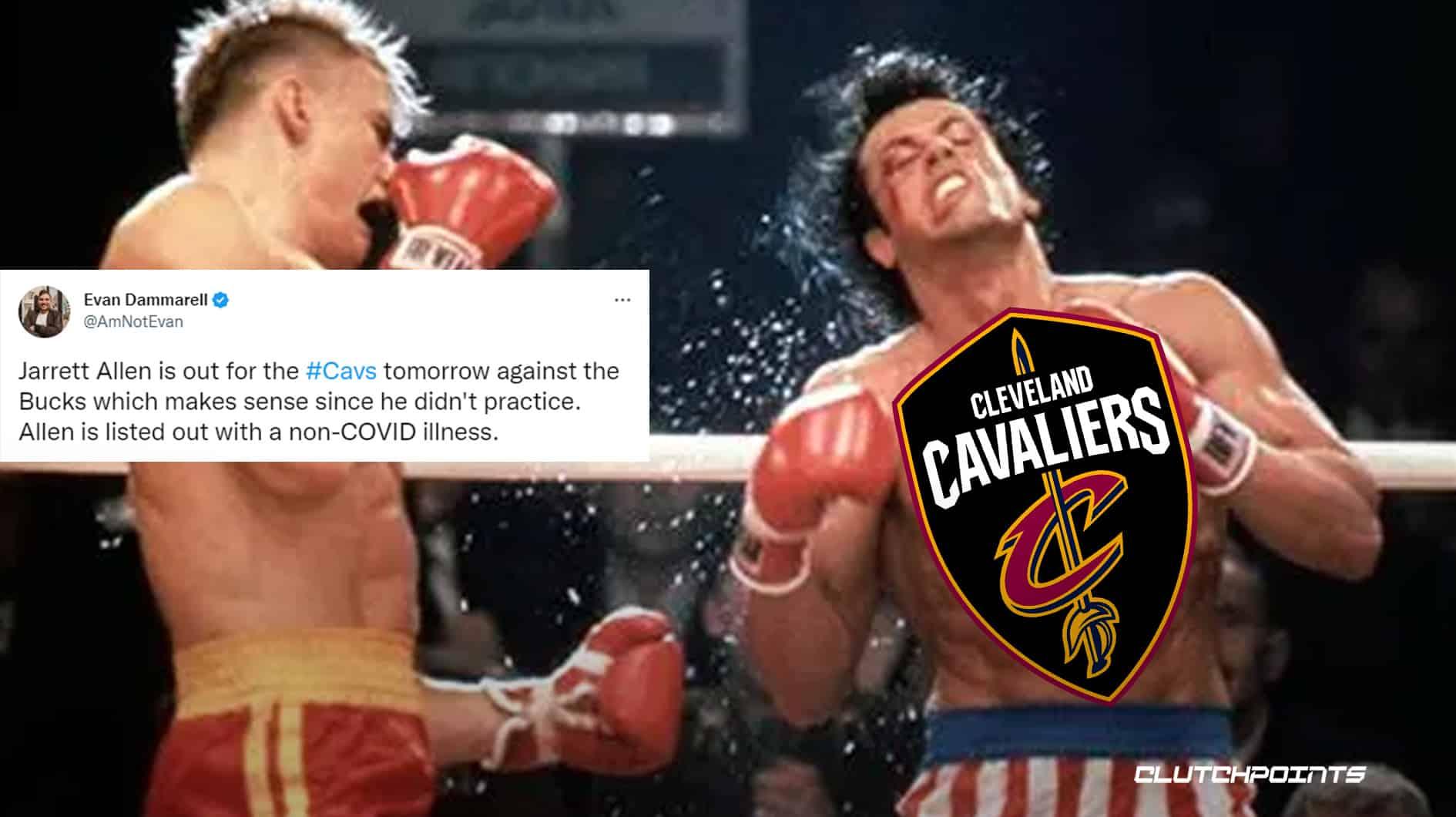 The Cleveland Cavaliers may hope to hear the bell Wednesday against the Milwaukee Bucks.

The Cavs will again play without starting center Jarrett Allen, who is out with a non-COVID-19 illness, when they face a Central Division rival in a Bucks team featuring two-time MVP forward Giannis Antetokounmpo, according to a Tuesday tweet from Fear the Sword’s Evan Dammarell.

Cavs Guard Donovan Mitchell was listed as a “game time decision” after practicing through an ankle injury yesterday, while Dean Wade is still doubtful.

Jarrett Allen, who ranks 10th in the NBA in defensive win shares, would have been a key piece in limiting the paint presence of Giannis Antetokounmpo and deterring the need for players to collapse inside and guard both Milwaukee bigs, a strength head coach JB Bickerstaff said drives the Bucks’ offense during yesterday’s practice.

“(Giannis Antetokounmpo) really drives it,” JB Bickerstaff said in a practice press conference. “His ability to attack, play in full court, handle the ball, set screens in pick-and-rolls and the spacing they put around him makes them tough to defend.”

The Bucks will not play at full strength when they battle at home for the second straight game. A right ankle sprain guard Jrue Holiday suffered in an early November game against the Atlanta Hawks and the surgery Khris Middleton underwent to repair a torn left wrist ligament have forced the Bucks to experiment with a multitude of forward and guard combinations.

Milwaukee most recently rolled out a starting lineup featuring forward MarJon Beauchamp and guard Jevon Carter in last Monday’s game against the Hawks. The pair combined for 32 points, nine rebounds and seven assists in 34 minutes apiece.

The Cavs will tip off against the Bucks at 8 p.m. EST this Wednesday at Fiserv Forum. The game will be broadcasted on Bally Sports Ohio.