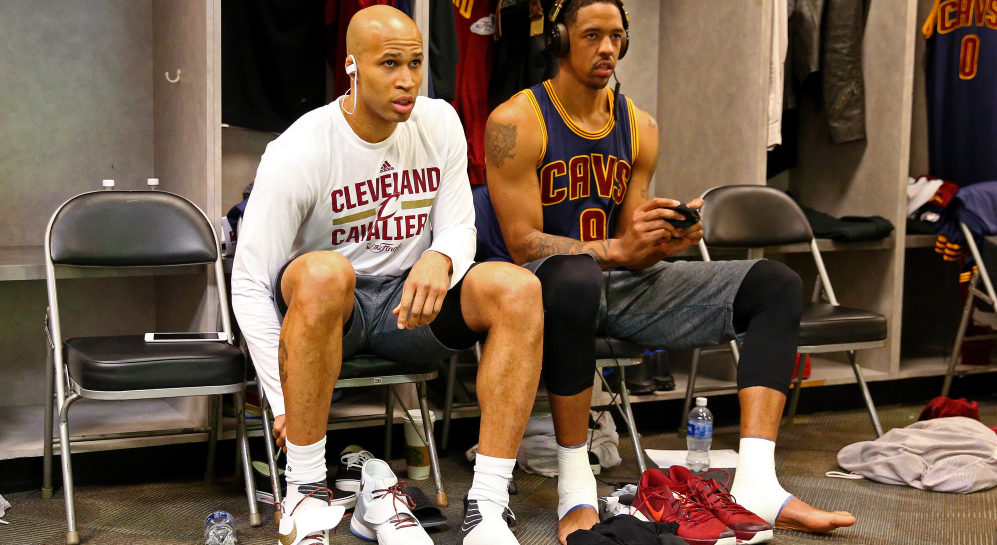 The realization of Richard Jefferson not being a part of the Cleveland Cavaliers may hit plenty of the team’s fans hard. Jefferson has been the Cavs’ staple old-man-with-still-working-hops guy but apart from that, was an important locker room presence for the team.

The blues of seeing the Cavs let go of Jefferson isn’t only for the fans to feel. His teammates, especially Channing Frye, must be feeling emotional after Cleveland traded Jefferson to the Atlanta Hawks this week. Asked about it by ESPN’s Dave McMenamin, Frye could only wish for his friend well for whatever endeavor is up next for Jefferson.

“He’s had a good career, and if he goes somewhere else, someone is going to get a good player. … He’s a pro. He’s a good dude, and you got to get past his bad jokes, but it is what it is.”

Channing Frye and Richard Jefferson mostly warmed the bench for the Cavs the past two seasons, but they gave the team quality minutes whenever they’re on the floor.

Moreover, their friendship spawned a unique podcast titled “Road Trippin,” which has garnered a ton of interest from basketball fans. It’s uncertain how the podcast is going to shape up with Jefferson and Frye no longer teammates, however.

“Is the podcast anything without Richard? Probably not,” Frye said. “It might have to be on hold until that fool figures out what’s good with his career.

Frye and Jefferson are unlikely to find themselves sharing the same bench again, especially after Jefferson was waived by the Hawks, but it’s safe to say that their bond is here to stay. 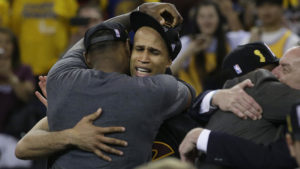