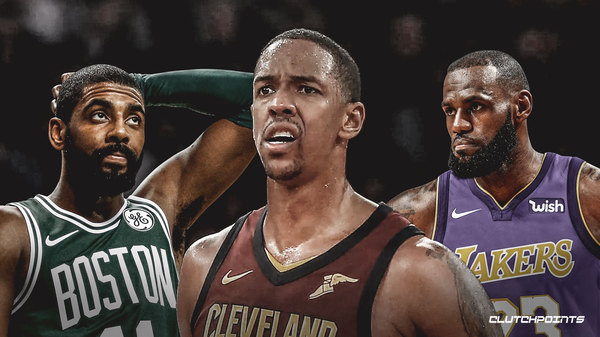 When it was revealed that Boston Celtics star Kyrie Irving had recently placed a phone call to Los Angeles Lakers star LeBron James to apologize for their breakup in Cleveland, many wondered if Irving could end up joining James in Los Angeles when he hits free agency this summer. But Channing Frye, who played with both guys on the Cavaliers, quickly shot down any hopes Lakers fans may have had of Irving and James teaming up.

“God no. No way,” Frye told Chris Fedor of Cleveland.com. “I think Kyrie is that guy that deserves his own team, that has the ability to take that team to a championship and I think in Kyrie’s mind he knows that and the rest of the league knows that. He’s reached that elite-level status and I think people want to play with him. He’s not second fiddle. He’s not Robin. He’s Nightwing.”

That definitely makes more sense. While Irving and James may have patched up their relationship, the idea of Kyrie leaving the Celtics to once again play second fiddle to LeBron in Los Angeles was always a pipe dream.

Yes, the two players won a title together in 2016, but Irving wanted out of Cleveland for a reason. Now, Irving gets to lead a young team full of potential while James gets to enjoy life in Hollywood, soaking in both the basketball and business aspects of Tinseltown.

Irving has also maintained throughout the season that he fully intends to re-sign with Boston when the time comes this offseason. He is averaging 23.5 points, 4.8 rebounds, and 6.9 assists per game this year. 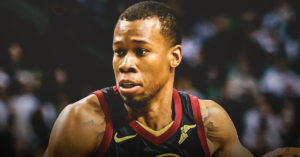