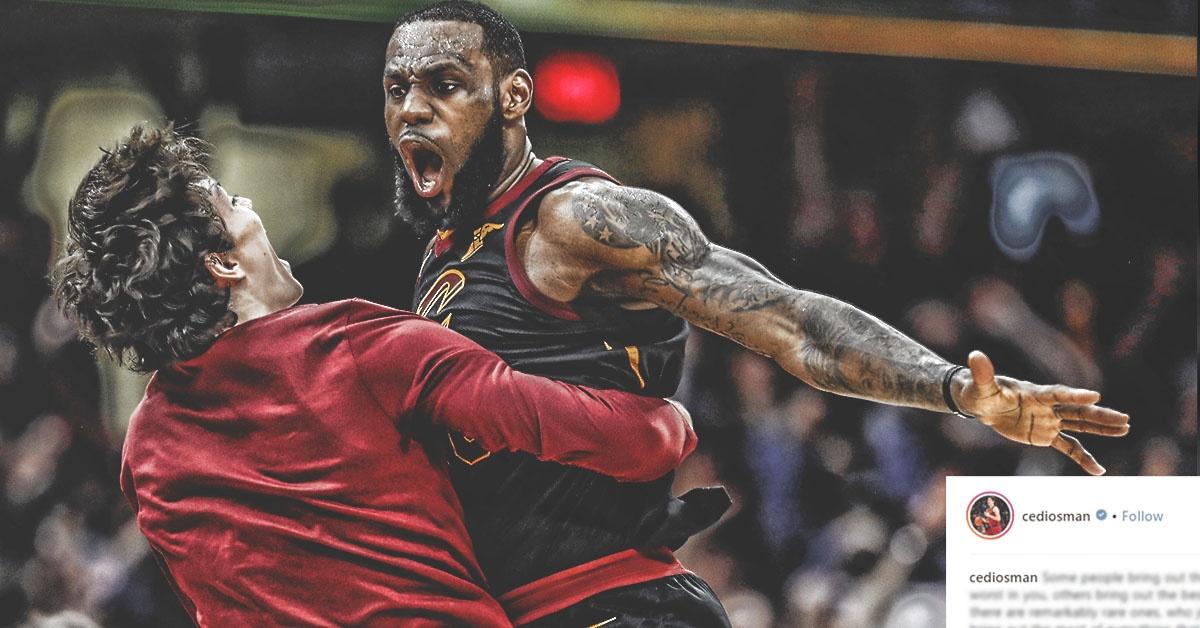 In the wake of the news of LeBron James’ decision to head toward the Western Conference for the first time in his illustrious career, some of those the four-time MVP is leaving behind in Cleveland are starting to grapple with the reality of a LeBron-less future. Among them is Cavs swingman Cedi Osman, who composed an emotional message for James and posted it on his Instagram account.

Osman experienced playing alongside LeBron James for only a season, but the three-time NBA champion has apparently left a positive and indelible mark on the 6-foot-8 small forward.

Osman is expected to see his role expand in Cavs uniform, as the team tries to collectively cover the gaping hole left by James, who led the team in win shares with 14.0.

Although his contribution to the team was minimal, Osman was able to have a front-row seat for arguably the best season of LeBron James’ career to date. James stitched together an impressive stat line of 27.5 points, 8.6 rebounds, and 9.1 assists across 82 games last season. He also shot 54.2 percent from the field, a fantastic feat considering the amount of defensive focus he’s been getting on an almost nightly basis while also operating as the team’s chief conductor on offense.

Osman, 23, is not going to be the next LeBron James, but it’s nice for the Cavs to see one of their youngsters being inspired by the superstar forward.