Cedi Osman ruled out Saturday vs. Bulls with back injury Cleveland Cavs young small forward Cedi Osman has been ruled out in Saturday’s games versus the Chicago Bulls due to a back injury. During the first quarter of the team’s recent losing effort at the hands of the Oklahoma City Thunder, Osman played just five minutes before exiting the game with the injury.

Cayleigh Griffin of Fox Sports Ohio tweeted out this development from the Cavaliers camp.

Coach Drew says Cedi Osman is OUT for tomorrow’s game vs. Chicago.

Despite struggling a bit with his shots early this season, Osman has been an all-around contributor for the Cavaliers. He is posting averages of 11.4 points, 5.0 rebounds, and 2.5 assists.

The Cavaliers already have been hit with injuries to key players such as Kevin Love (foot), George Hill (shoulder), and Sam Dekker (ankle). Osman’s injury forces the team to miss the services of four of their starters. Dekker was inserted to the starting lineup after the Love injury.

The post-LeBron James Cavaliers have been in a state of flux as of late. They have lost four in a row already, including a close-call loss to the Orlando Magic. A positive light came out of that painful loss as Osman was responsible enough to own up to his late-game turnover that night, per cleveland.com’s Chris Fedor.

“It was a huge disappointment from myself,” he said. “That was a mistake that for myself as a professional for a lot of years should not have made that. Just a bad decision and I have to live with it. I said I’m sorry to the guys about the game. That’s how I feel. It was on me tonight.”

The Cavaliers will visit the Chicago Bulls for their next game. 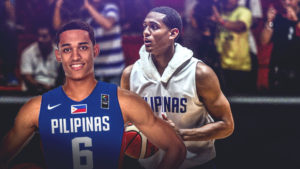 JUST IN: Jordan Clarkson’s grandmother cried every time he suited up for the Philippines’ national team
Related TopicsCavaliersCedi Osman