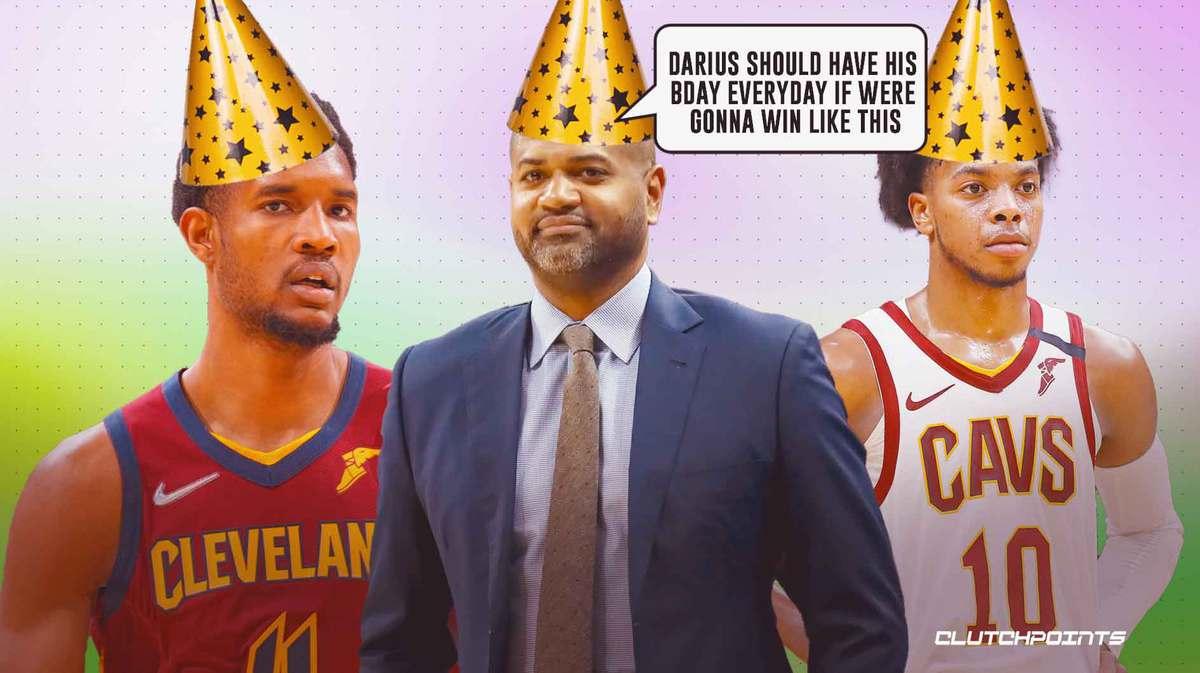 Despite a 29-19 start to the 2021-22 NBA season, the Cleveland Cavaliers have been receiving little to no respect at a national level. That is to be expected for a team that has been a lottery team in recent years and is playing in one of the smaller NBA markets in North America. The public perception is all starting to change, though, as the Cavs currently field one of the best young cores in the entire NBA.

After being bad for 3 years, Cavs are only 2.5 games out of 1st place.

OKC is just 1 draft into a rebuild and have SGA, Giddey & Dort and haven’t picked in the top 5… yet. https://t.co/SUdjmgsezw

On Wednesday, they even took down Giannis Antetokounpo and the Milwaukee Bucks in Cleveland, 115-99. Their head coach, J.B. Bickerstaff, says he knew that they had this type of game in them:

JB Bickerstaff: “We take challenges. We don’t run from anybody, we don’t back down.”

Rookie big-man Evan Mobley and rim running center Jarrett Allen have been exactly what Cleveland needed to put them over the top. They have also gotten a big step forward from 22-year-old birthday-boy, Darius Garland. After losing Collin Sexton to injury, the Cavs suddenly needed Garland to carry the backcourt, and he has absolutely been up to the task.

On Wednesday, Garland was in control of the game from start to finish and ended up with 19 points, eight rebounds, and a steal in just 26 minutes of floor time. Those numbers are very similar to what Garland has averaged for the season, as well. Garland is averaging 19.7 points, 8.2 assists, and 1.3 steals per game while shooting 91 percent from the free-throw line, 36 percent from three, and 45 percent from the field. Those numbers have gotten him some most-improved-player and All-Star talk, but he is surely happy just to be playing winning basketball.