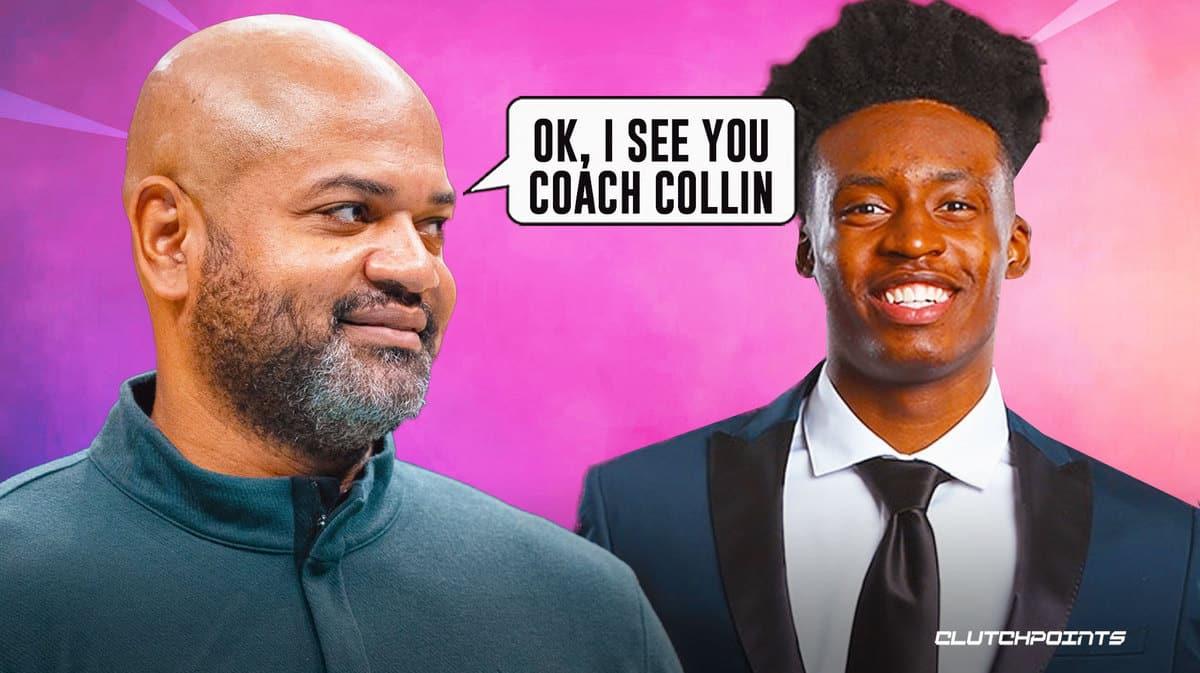 Some NBA players choose to rehab their injuries away from the team and cannot stomach watching their teammates play without them. It is that kind of selfishness that has gotten them to this point, so it is hard to blame them for sticking to what got them there. So, when a player chooses not only to stay in his team’s home city for his rehab but also shows up for games, you know that player is dedicated to winning.

The mark of a true champion is when he does whatever it takes to win, even if they don’t get to take part due in the game to injury or ineffectiveness. It is that kind of leadership that Collin Sexton of the Cleveland Cavaliers (Cavs) was showing on Monday night in a two-point home victory over the New York Knicks. His head coach, J.B Bickerstaff says, that is just who he is:

#Cavs head coach J.B. Bickerstaff shared with me postgame that having Collin Sexton on the bench tonight was a huge emotional boost for the team overall.

"You could see him coaching up guys during timeouts and while they were on the floor. Bull is a huge part of what we do."

Perhaps Sexton was motivated to beat a Knicks team that he was injured against earlier this year in a November 7th, 126-109, Cavs victory. That was Sexton’s last game before he had surgery to repair a torn meniscus in his left knee. He will miss the remainder of the 2021-22 NBA season as Cleveland takes it slow with their point guard.

Cleveland holds an option on Sexton for the 2022-23 season that they can pick up after this year for $8.6 million and probably want to make sure that he does not re-injure his knee before they need to make that big decision.