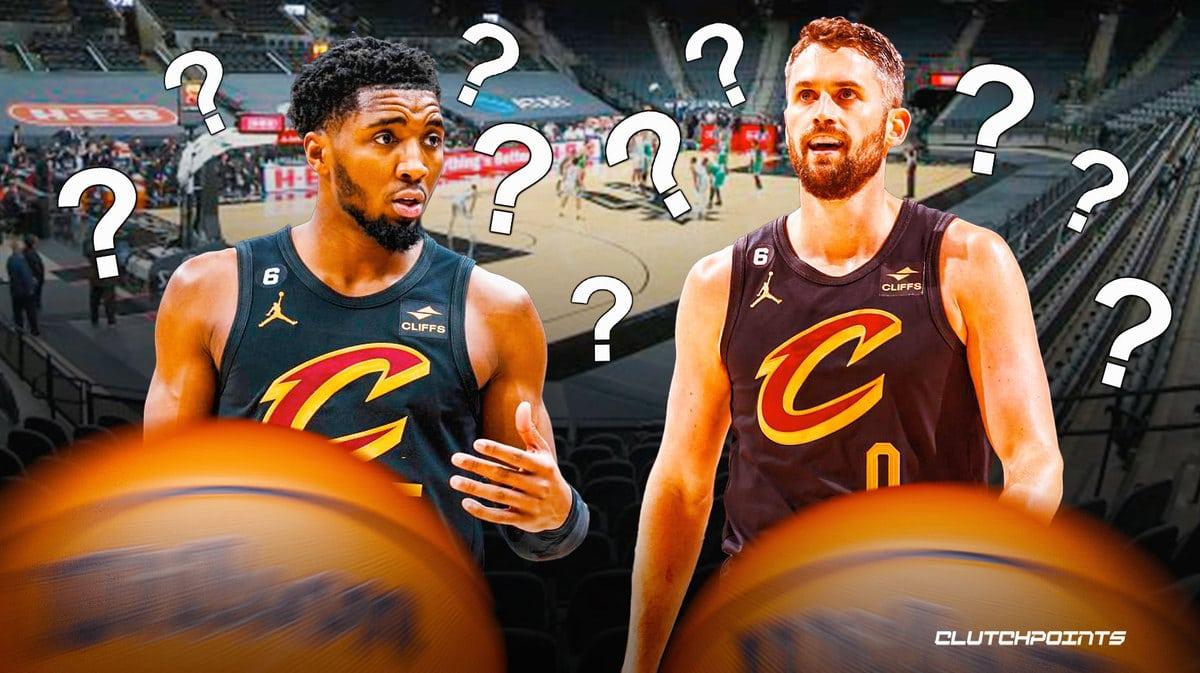 Cleveland Cavaliers forward Kevin Love and guard Donovan Mitchell were both listed as questionable with injuries heading into Monday’s matchup against the San Antonio Spurs, according to a Sunday evening tweet from ESPN Cleveland Cavs beat writer Danny Cunningham.

Mitchell could miss his third-straight Cavs game and his fifth of the season with injuries should he not dress against the San Antonio Spurs.

Donovan Mitchell was not seen at last Friday’s Cavs shootaround before a game against the Sacramento Kings with right leg soreness. Mitchell sat out against the Beam Team while guard Caris LeVert took his place, scoring 22 points and making 42.9% of his field goal attempts as he faced guards Davion Mitchell and Kevin Huerter in the backcourt.

LeVert followed it up with 22 more points against the Oklahoma City Thunder as he fought through guards Josh Giddey and Shai Gilgeous-Alexander. The 28-year-old guard scored four out of his nine 3-point attempts, hitting confident shots over forward Jeremiah Robinson-Earl and Darius Bazley to score three long-range shots in the first half.

Kevin Love, who was listed as out despite working through a “fairly intense” shooting workout as the media was allowed inside Cavs practice last Friday, did not dress against the Kings or the Thunder. Forwards Cedi Osman and Isaac Okoro, as well as center Robin Lopez, all earned minutes in his absence, combining for 18 points and four rebounds against the Thunder on Saturday.

Love last dressed in a 116-102 win against the Los Angeles Lakers, earning two points and two defensive rebounds in eight minutes and hitting a fast break layup with just seconds remaining in the first quarter as forward LeBron James was called for goaltending as he soared to block the shot.

The Cavs will tip off against the Spurs at 8:30 p.m. EST on Monday in the AT&T Center. The game will be broadcasted on Bally Sports Ohio.