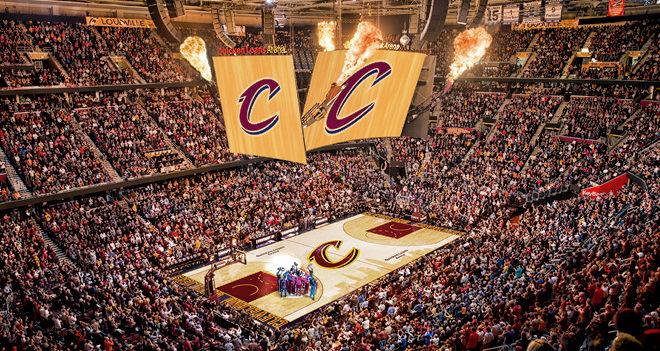 Quicken Loans Arena, also commonly referred to as “The Q,” opened its doors in October of 1994 as part of the Gateway Sports and Entertainment Complex — a downtown Cleveland revitalization project which also included the construction of what is now Progressive Field, home of the Cleveland Indians. Since then, thousands of patrons have attended various events at the arena. After 20-plus years of service, some argued that the building, the oldest in the NBA without a major face-lift, was in need of a renovation.

Earlier this summer, the Cleveland Cavaliers announced their participation in “The Q transformation project,” a $140 million modernization plan that would have brought several new changes to the building, both inside and out. However, in an official statement released on Monday, the Cavs announced their withdraw from the venture due to opposition from several local groups.

“Construction on the $140 million publicly-owned facility project was to have started this past June, but had been delayed due to a prospective referendum being placed on the ballot by the Washington, DC-based Metro Industrial Areas Foundation represented locally by a group calling themselves the “Greater Cleveland Congregations” (GCC), Service Employees International Union District 1199 and the Cuyahoga County Progressive Caucus.”

Len Komorski, CEO of the Cavaliers, released a statement of his own with regards to the project’s demise.

“Quicken Loans Arena brings over 2 million people a year to downtown Cleveland and last year alone produced $245 million in economic activity including the RNC and the NBA Finals. This facility is Cleveland’s gateway to the world as many of our events are broadcast nationally and internationally. The investments over the years into The Q have paid back multiples in economic impact, job creation and tax generation. It is very disappointing to see our further private investment into The Q Transformation project reach this ending point,” Komoroski said in his statement.”

The Cavs and Quicken Loans Arena had hopes of hosting the NBA’s All Star festivities in the near future (2020 or 2021). However, the NBA needed this project to start in mid-September for that to be a realistic possibility. Now, it’s back to the drawing board — with no All Star game in sight.