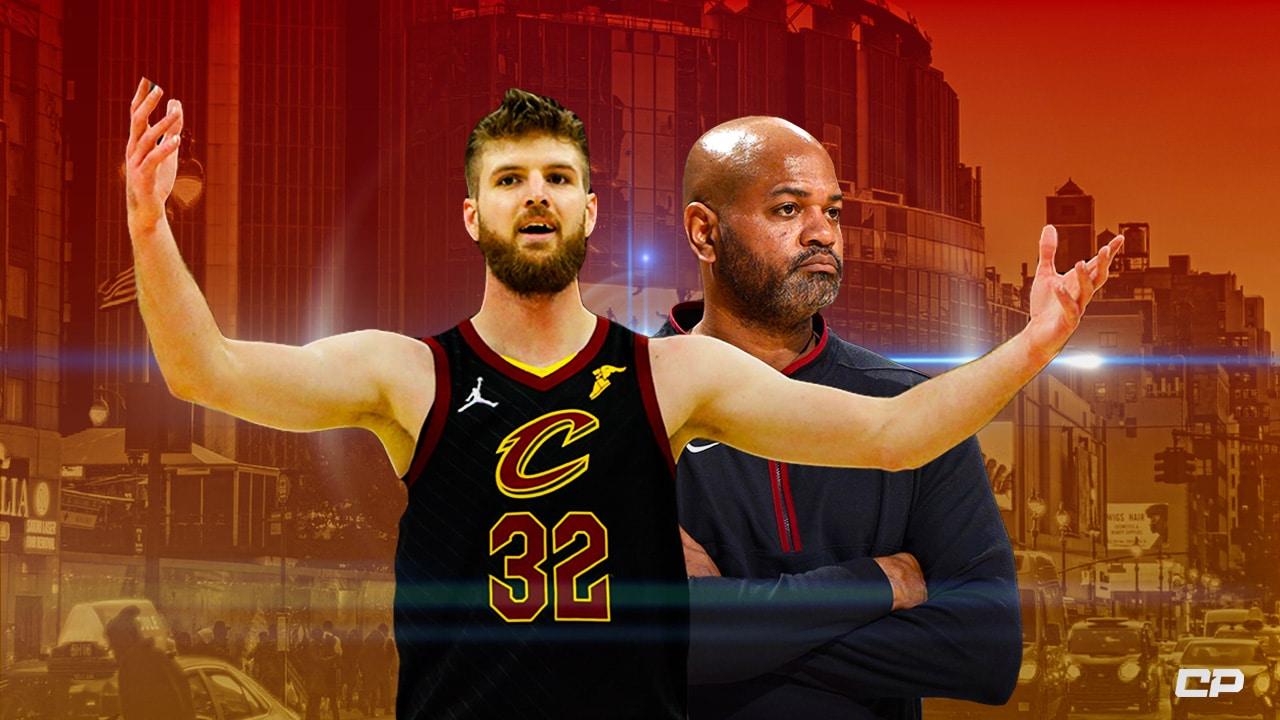 Cleveland Cavaliers forward Dean Wade is expected to be out for the next 3-4 weeks with an AC joint injury he suffered against the Orlando Magic, according to a Sunday afternoon tweet from the Athletic beat writer Kelsey Russo.

“He’s been dealing with that for quite some time,” head coach J.B. Bickerstaff said in a postgame press conference. “He’s just been playing through it.

“He got hit again on it. It was just too much.”

Wade played for 10 minutes in a 107-96 win last Friday, attempting just one 3-pointer and grabbing one steal after a quick switch onto center Bol Bol caused him to miss a bounce pass to center Moritz Wagner, giving guard Donovan Mitchell just enough time to tip the ball towards Wade before he dove on the ground for the recovery.

Cleveland will give the starting role to forward Mamadi Diakite when they play the New York Knicks and forward Julius Randle through Dean Wade’s injury, according to a Sunday tweet from Cleveland.com’s Chris Fedor. Forward Evan Mobley, who grabbed 13 rebounds and scored 19 points last Friday, will likely be a lock at the center spot in center Jarrett Allen’s usual starting role.

Forward Lamar Stevens returned from a brief exit with a non-COVID-related illness last Friday after being listed as “probable” before the day’s shootaround. The 6-foot-6-inch forward scored eight points and made two of his four 3-point attempts as he moved off the ball around the perimeter for easy opportunities.

Forward Kevin Love earned a double-double with 11 points and 11 defensive rebounds last Friday, helping the Cavs keep pace on the battle of the boards even as Cleveland grabbed 7 less rebounds than the Magic.

The Cavs will tip off against the Knicks at 6 p.m. EST this Sunday in Madison Square Garden. The game will be broadcasted on Bally Sports Ohio.